Primitive Technology is the name of his YouTube channel, and in this video you’ll get to follow along as he builds a modest yet still impressive 2×2 meter hut in the woods, using only his bare hands, a sharp stone, and materials exclusively gathered from the small patch of forest.

(Here are 15 more ancient house designs I’ve covered previously that you can build with natural materials. Check them out if you’re interested in building cheap and natural homes) 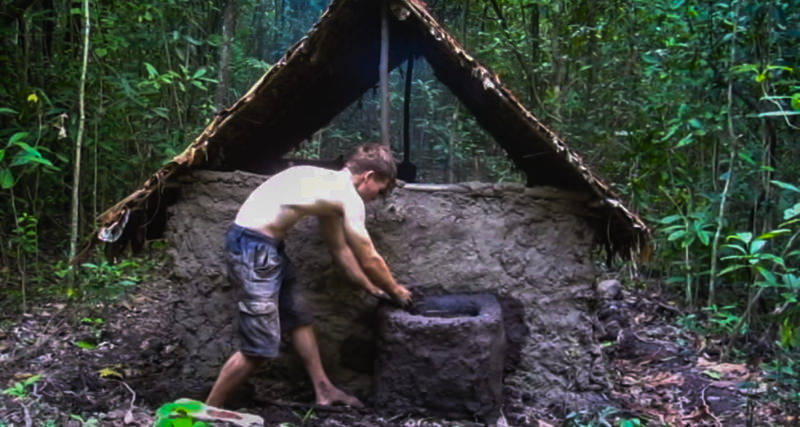 In place of an axe, he uses a sharp stone, and his own self-constructed clay pots designed from the surrounding mud to transport water. Perhaps most impressive is the chimney he constructs out of clay tightly packed around the wooden frame. With leaves and tree bark as a roof, and the surrounding logs tied by vine as walls, the small hut provides sufficient shelter from the rain.

And how much money did he spend on building this shelter? Zero. What he did invest was his time. And, although very basic, he now has a roof over his head and a warm place to sleep – without the mortgage! And that’s the difference between our modern “civilized” society with our over-sized McMansions, and people that live in balance with nature. As Henry David Thoreau says…

In the savage (Native American) state every family owns a shelter as good as the best, and sufficient for its coarser and simpler wants; but I think that I speak within bounds when I say that, though the birds of the air have their nests, and the foxes their holes, and the savages their wigwams, in modern civilized society not more than half the families own a shelter. In the large towns and cities, where civilization especially prevails, the number of those who own a shelter is a very small fraction of the whole. The rest pay an annual tax or this outside garnment of all, become indispensible summer and winter, which would buy a village of Indian wigwams, but now helps to keep them poor as long as they live. 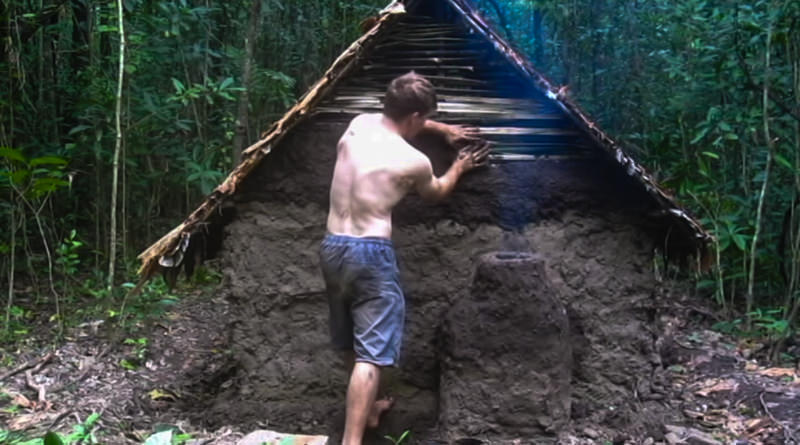 The tools he used used were a stone hand axe to chop wood, fire sticks to make fire, a digging stick for digging and clay pots to carry water.

The materials used in the hut were wood for the frame, vine and lawyer cane for lashings and mud for daubing. Broad leaves were initially used as thatch which worked well for about four months before starting to rot.

The roof was then covered with sheets of paper bark which proved to be a better roofing material. 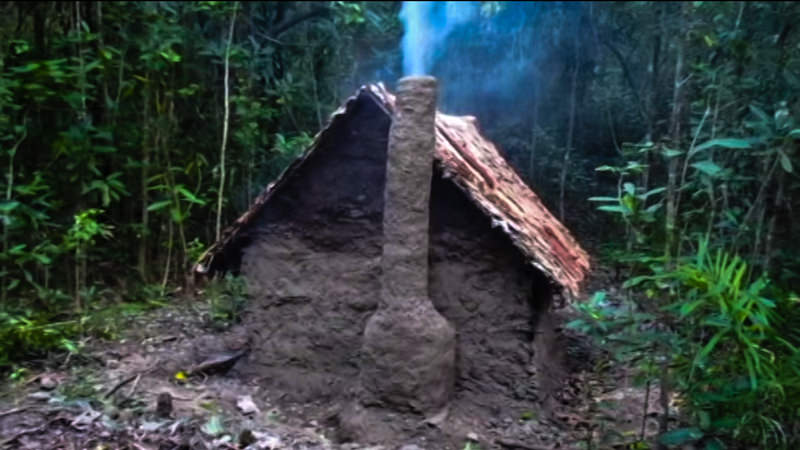 Check out his Youtube-channel Primitive Technology for more, and if you LOVED the video and want even more then you can support his work on Patreon.