The Sami people are one of the oldest semi-nomadic indigenous groups in the world. Traditionally herding reindeer in the Arctic regions of Sweden, Norway, Finland and Russia’s Kola Peninsula (the region is known as Sapmi), they learned to work with the rhythms of nature in order to survive the harsh climate. 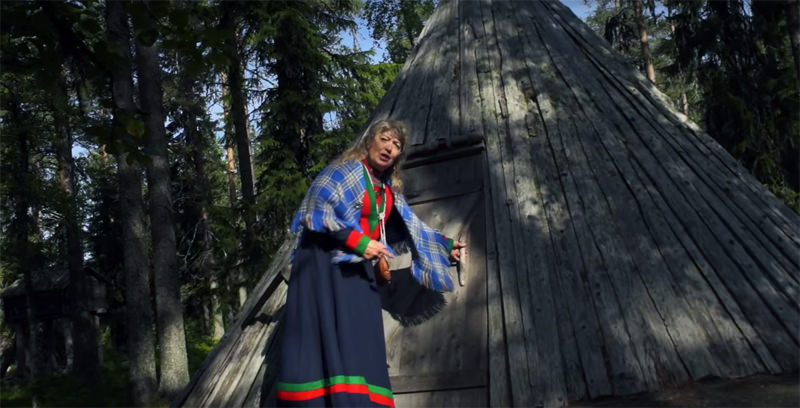 Editor’s note: For the past couple of centuries the Sami people has seen increased oppression and colonialism from the swedish state, but they’re still preserving their old ways and today a new generation of Samis are fighting for the rights to their native lands and the preservation of their culture.

“Nature is everything for us because we think we belong to Mother Earth,” explains Sami writer/artist/teacher Gunnel Heligfjell, “It is not as with Western European thinking that the earth belongs to us, to the human beings. We think that we belong to the earth like the animals and the plants and everything.” 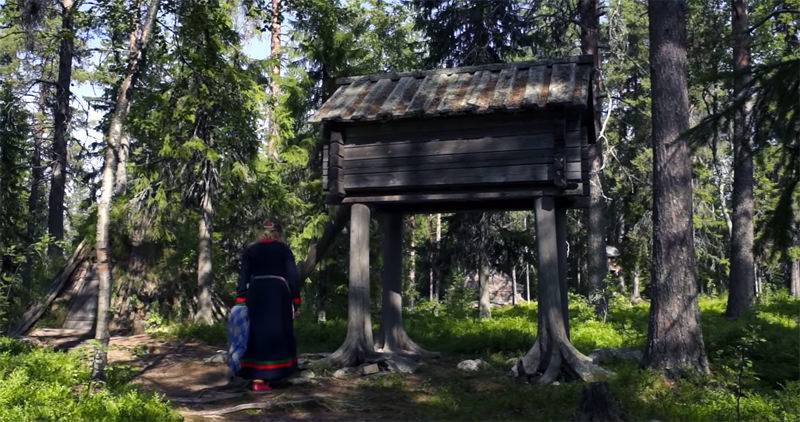 The reindeer are used for food and materials: clothing, shoes, tents, tools, toys, and handicraft. They even play a role in one of the Sami creation myths.

Sami handicraft, a knife with a handle made from reindeer antler and wood and a finely decorated sheath made from antler and reindeer hide.

Gunnel Heligfjell is an artist/writer who teaches the Sami language to school children (recognized as an official Swedish minority language in 2000). While she lives in a more conventional home in Vilhelmina, Sweden most of the year, she still spends time in a goahti or lavvu during summer or hunting trips. She believes in this traditional self-reliance and knows how to build traditional shelters and still cures reindeer meat (from her husband’s herd) and makes shoes, bags and fabrics from the skins.