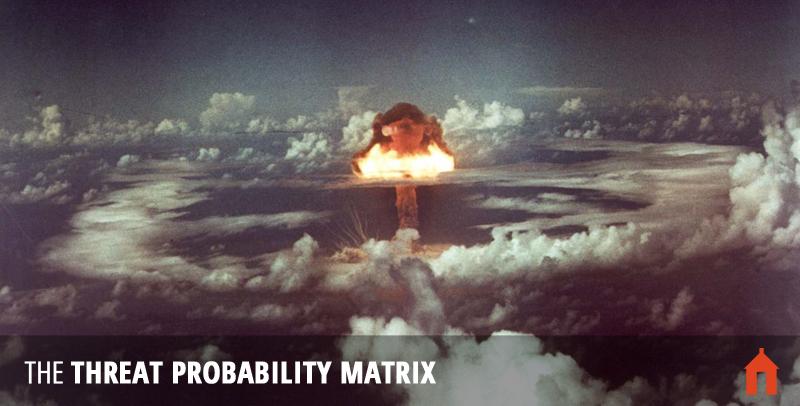 Are you prepared for emergencies, or in the process of preparing? I hope you are, because we live in a fragile civilization. This fragility runs through everything from the food we buy in the supermarket and the electricity we use to power our homes and the money we buy goods and services with.

But the big question is, are you preparing for the right things?

When you think “emergency preparedness” or “survivalism”, Jack Spirko of the Survival Podcast says many people picture end of the world scenarios, “like a total economic collapse, an unstoppable virus, a biological weapons attack or perhaps a complete shut down of the electrical grid.”

This kind of extreme thinking is not helped by TV shows with names such as “Doomsday Preppers”, but while each of these scenarios is real and could happen, what you should ask yourself is this:

How likely are any of them to occur in the next 30 days, or in the next 10 years? Now answer these questions (from Jack Spirko) for yourself…

What is more likely to happen tomorrow morning, you lose your job or we all face a complete collapse of the U.S. economy?

Is it more likely that a person living near a large metropolitan area will have to deal with localized riots over a local issue or that a global pandemic will cause the death of 50% of the planet’s population?

Will a California resident be more likely to be effected by an earthquake or a global nuclear war?

In the next six weeks are we more likely to face a domestic trucker’s strike that disrupts the food supply or a global climate shift that destroys 50% of the world’s agriculture?

Of course, there is potential for all of the above and many other factors to radically alter our lives, yet answering the above four questions is very easy to do if you are honest and shy away from sensationalism.

The rules of Jack’s matrix are simple, the less people affected by an event the more likely it is to occur to an individual. That statement may seem counterintuitive but it really isn’t, just consider the following line: 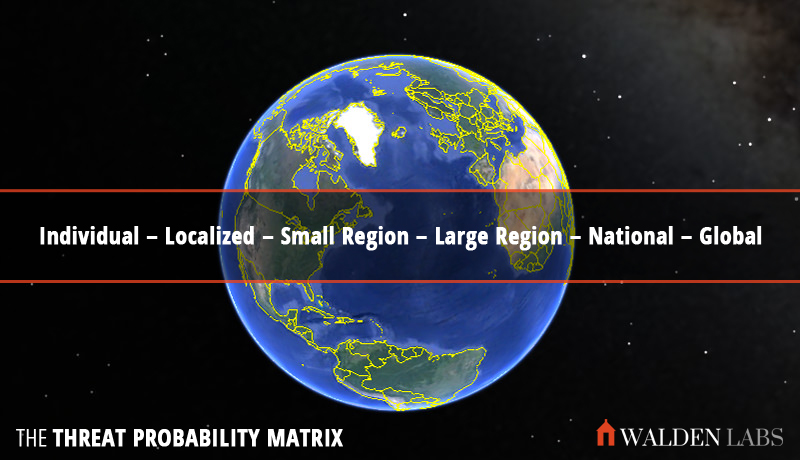 Now think of one disaster for each of these and ask yourself how likely you are to actually experience this event in the next year or next ten years. You can think of any disaster and then just assign it to one of the six categories and you will quickly see that in most instances the larger the effected area, the lower the probability that it will actually happen.

Here are some examples of the Threat Probability Matrix in action:

The Individual (that’s you)

What threats are individuals and their families facing in today’s society that does not affect the rest of society? 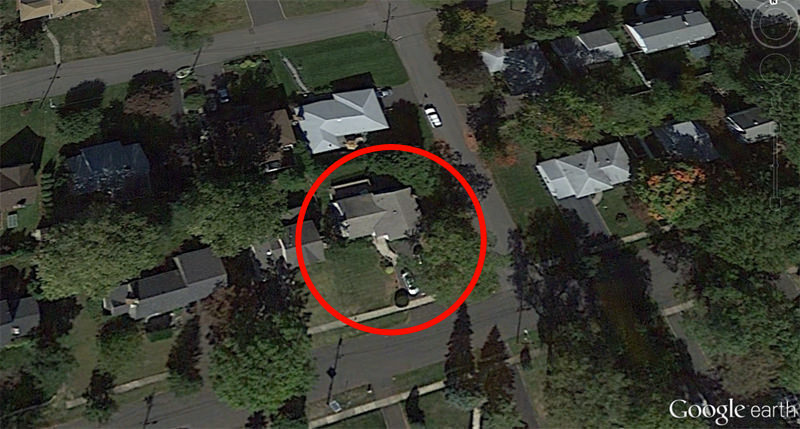 You could lose your job, get sick (ranging from a cold to cancer) and be unable to work, get robbed or run over by a car, lose a family member, or any other out of the countless of threats that face individuals.

This is the first level of resilience. Without resilient individuals and families, you can’t have resilient communities.

What threats are local communities facing that does not necessarily affect neighboring communities? 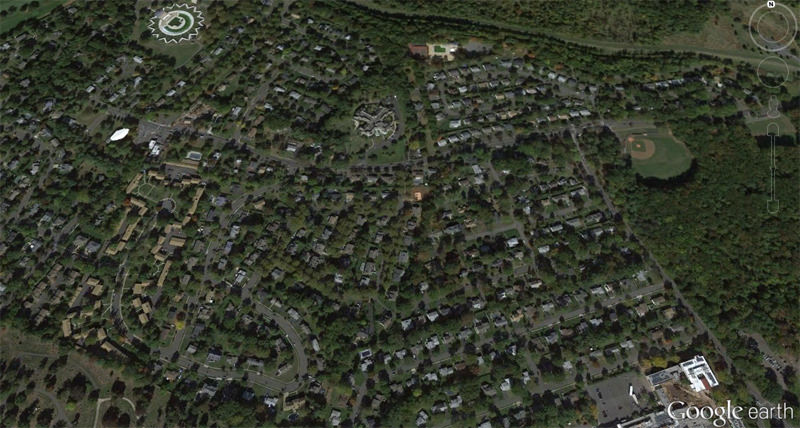 This is the second level of resilience. Without resilient communities you can’t have resilient regions.

What threats are small regions facing that does not necessarily affect the larger region as a whole? 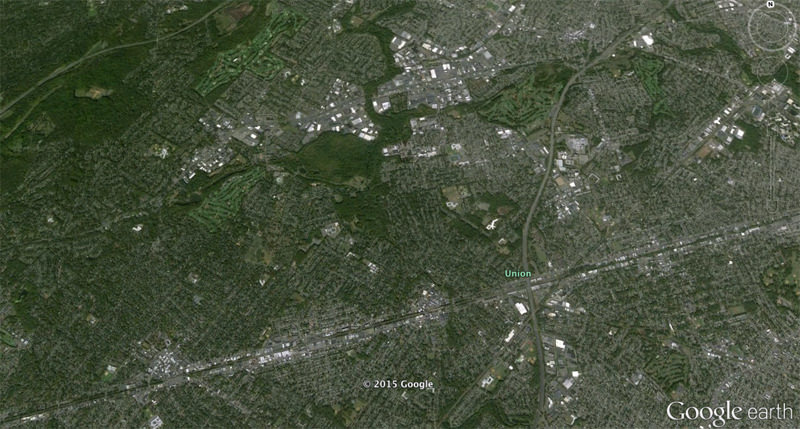 This is the third level of resilience. Without resilient small regions you can’t have resilient mega-regions.

Now we zoom out even more and look at the larger region, for example a megaregion.

There are 11 recognized megaregions in the United States, and as an example the Northeast megaregion (megalopolis) runs primarily northeast to southwest from the northern suburbs of Boston, Massachusetts, to the southern suburbs of Washington, D.C., in Northern Virginia. It includes the major cities of Boston, New York City, Philadelphia, Baltimore, and Washington, D.C., along with their metropolitan areas and suburbs as well as many smaller urban centers. 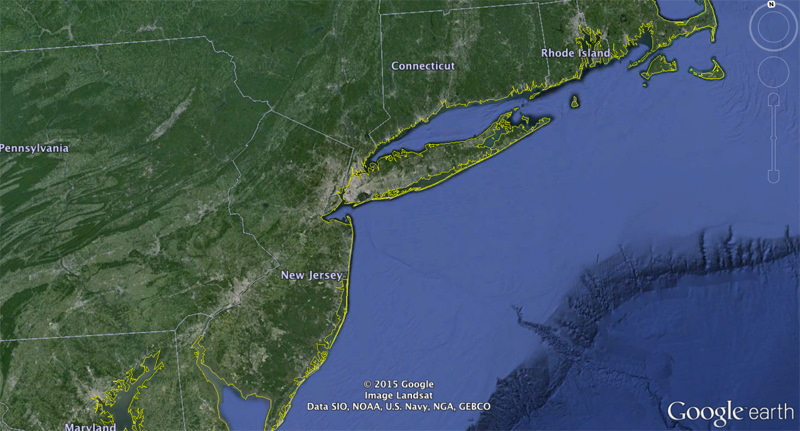 This is the fourth level of resilience. Without resilient megaregions you can’t have resilient nations.

Ah, the nation. The dominant social and political structure for the past few hundred years. Can any threats pose a real danger to nations? Turns out, quite a few. 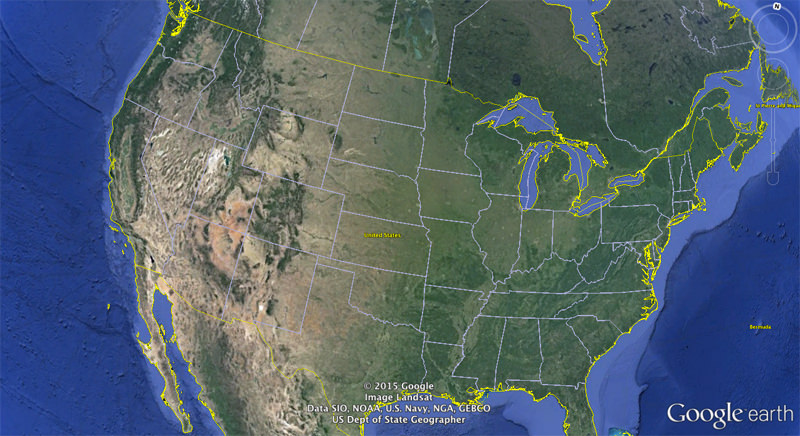 This is the fifth level of resilience. Without resilient nations you can’t have a resilient planet.

What threats face the planet as a whole? I could come up with all kind of threats, but luckily someone, more specifically the Lifeboat Foundation, has done a better job of mapping and thinking about these global threats than I ever could.

Their mission is to “safeguard humanity” and they map the existential threats that could wipe out humanity and are working on ways to counter these threats. 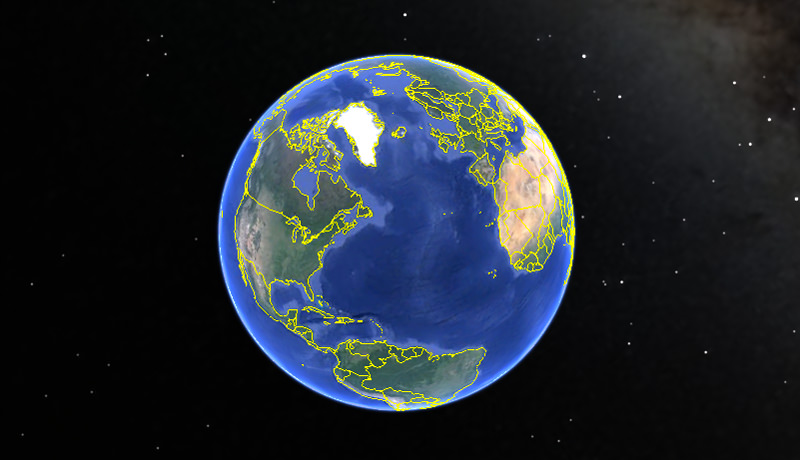 For example, some of these threats are extinction-level asteroid impacts, an AI intelligence gone wild (think Skynet from the Terminator movies), a global pandemic, nuclear war, global crop failure, a massive solar superstorm, a rapid climate shift that brings on a new ice age, gamma rays, black holes, and of course… alien invasion.

The planet is the final level of resilience… for now. One day humans might be facing and preparing for an even higher level of threats, that of threats to the whole solar system (such as a dying sun), but I think it’s safe to say that’s a problem another generation will have to deal with.

These are just some common and less common disaster scenarios; as Jack says “you can plug in any that you can think of, assign them to an area of effected individuals and like clock work as you move from Individual to Global the honest probability of occurrence will decline as the affected area grows.”

Why is this so important?

Why does it even matter? Simply because if you want to properly prepare for potential disasters there are so many scenarios to prepare for that it is easy to become quickly overwhelmed.

I agree with Jack in thinking this is the reason for why many people begin to start preparing but end up “falling out” simply because they come to the conclusion that, really being ready is just not possible. There is just “too much for anyone to do with out spending a fortune”, is a common statement.

It doesn’t have to be this way.

By considering the probability and preparing for the most likely scenario first and proceeding from there your plans and actions will naturally fall into place.

This means that when you’re starting out you should first focus on threats on the individual level. Once you’re sufficiently prepared to handle losing your job or getting sick for two weeks, then you can start focusing on threats at the neighborhood level, and so on.

“As you progress through you own disaster preperation plan”, Jack points out, “you will start to realize that by the time you prepare for individual, neighborhood and small regional disasters you are very well along your way to being as prepared as is honestly possible for just about anything.”

Of course there’s always the risk of global nuclear war and solar superstorms, but the threats you’re facing as an individual are far more likely to happen and so those are the threats you should be preparing for first.

Resilience is built from the bottom up

Once you’ve surpassed all the lower levels in the Threat Probability Matrix, by all means get preparations in order for the polar shift or World War 3 if that’s what you want to do. But until then, focusing on scenarios in order of probability will allow you to make more progress, save money and keep your sanity.

These higher level perspectives are humbling though. In one of my favorite videos with Carl Sagan, his famous “blue dot” speech, he says…

“Our planet is a lonely speck in the great enveloping cosmic dark. In our obscurity, in all this vastness there is no hint that help will come elsewhere to save us from ourselves. The earth is the only world known so far to harbor life. There is nowhere else, at least in the near future, to which our species could migrate. Visit? Yes. Settle? Not yet. Like it our not, for the moment, the earth is where we make our stand”

If you want to shift into a higher perspective, take a few minutes and listen to his full speech below. However, never forget that resilience starts at the individual level. It starts with you.