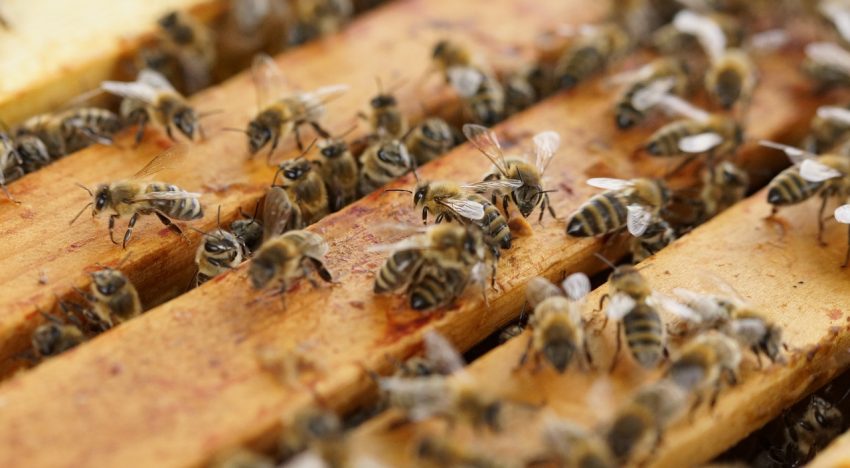 After a while of being a beekeeper you get more and more amazed by the bees. Their expertise is huge especially if you consider that they only get 4-5 weeks old, maybe 6, during the summer. Of these, they spend the first 3 weeks indoors as house bees.

The bees are different from humans when it comes to getting organized, in that they don’t specialize. All bees do all the tasks, not simultaneously but in different phases of development. The bees can take on the tasks required throughout their lives but would usually take on different tasks based on age. They start with “house cleaning” fairly quickly after they crawl out of their cells. After a few days they venture into the feed stores and eat up a little bit and then develop their fodderglands. They return to the cakes and become feeding bees that feed the larvae and prepare fodder juice. In this way it continues, builder bees, court bees, guard bees, and bees that turn nectar into honey.

Finally after 3 weeks of indoor service they become flying bees. They start with an orientation flight outside the hive to learn to recognize it. They orient after the sun so they must have a built in watch as well. As flying bees they fetch the resins to make propolis, and also nectar, pollen, water and sometimes other things the hive needs. Aside from this the more experienced bees are scouts and communicate their findings by “dancing”. Through this bee dance they communicate the direction, distance and extent of their findings. If there’s a good source of nectar in one location then many scouts will find it and even more bees will fly there and fetch it.

So who rules in the bee hive? Is it the queen? People have wondered about these things in all times, at least as long as there’s been bee keepers. A scientist by the name of Tom Seeley has looked into how a bee swarm makes decisions on choosing a home and it turns out the swarm doesn’t leave a place until everyone in the hive has agreed. They use consensus to reach a better decision. Tom has written the book Honeybee Democracy in which he describes his results. In addition to this book, you can learn more about his thoughts through lectures on Youtube. It’s well worth the time for anyone interested in bees.