Home Big Picture Are You Making This Mistake in Self-Reliance? 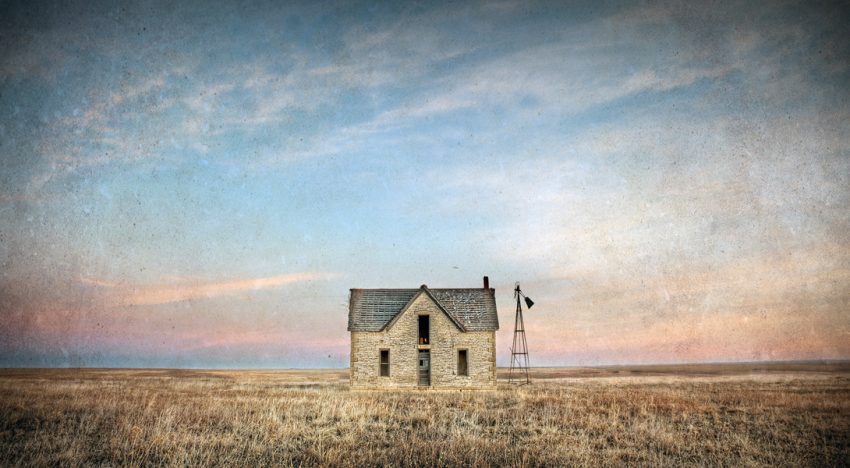 When I lived in an apartment in the city I often caught myself romanticizing self-reliance.

When I thought about my future self-reliant life I saw myself growing potatoes, storing them in a root cellar, and restoring my house to old-style appliances, lamps, and so on, the kind of lamps I would still see at my grandparents in my earliest memories.

I imagined this idyllic and simple life of self-reliance, like in the “good old days” of my forefathers. I call this a mistake because, for one, self-reliance is far from simple. Digging a new potato field is back breaking work, at least without using a tractor.

The reality for me and my romanticizing of my grandparents lifestyle is that both potatoes and the root cellar are fairly new to this country in the large scheme of things.

The potato was brought to Sweden around 1655, but did not see widespread adoption until the 1800’s when agronomist Eva De la Gardie figured out potatoes could be used to make moonshine. After that discovery, all of a sudden Swedish farmers got busy planting potatoes.

The root cellar has a history going back to at least the 1400’s in Sweden, but most root cellars still standing today were built in the early 1800’s after large land reforms.

As for electrics, plumbing and so on, this house was built in the year 1900 but didn’t get running water or toilets until the 1960’s.

So what’s the point in trying to restore the house to a certain decade, or turn my way of living back to a certain century?

My point is that there is no “perfect” time period we can turn back time to and live happily ever after. It does not make sense to focus on a certain period, whether it’s the “homesteading”-era or the hunter-gatherer era. All there is to history is generations of people who have tried to survive and live good lives the best way they could.

I don’t think our time is any different.

I pursue self-reliance in the country side because I think it can give me a more fulfilling life than working a 9-5 job in the city for the rest of my life.

Make no mistake, self-reliance is hard work. It was even harder 200 years ago, but it’s still hard. I “work” more hours than most employees, but it’s way more fulfilling than flipping burgers or shuffling paper. And I invest all this time in building natural and resilient systems of production so I don’t have to work as hard 20 years from now.

I do think there’s no better time for people who want to build their self-reliance. Compared to homo sapiens 40,000 years ago we now know a lot more about growing lots of food in a small space. Sure we’ve also forgotten many things, but overall the expansion of knowledge in just the past couple of decades is mind blowing.

I think the key to building your self-reliance in the 21st century is taking advantage of appropriate technology.

Something else that’s important is to keep an open mind. Don’t disregard solutions just because they’re old. We’re by no means at the height of human civilization, and sometimes moving forward means taking a step back.

“It is vital to ask questions for which no answers are available, otherwise we might be tempted to dismiss 60,000 of 70,000 years of human history with the excuse that ‘the people who lived back then did nothing of importance”. – Sapiens

Never stop asking questions, and steer away from the mistake of romanticizing self-reliance, or a certain era of self-reliance. That’s what I’m trying to do.