Originally recorded in 1970 by Joni Mitchell, Big Yellow Taxi highlights environmental concerns of the time. We still deal with many of these concerns today. The song has been covered by many notable artists including Bob Dylan and the Counting Crows.

What can we learn from the lyrics of this song? Plenty…

In the song, the line “They paved paradise and put up a parking lot” refers to the suburbanization of America. Joni Mitchell attributed the lyrics to a vacation in Hawaii. She recalled looking out at a beautiful mountain range only to look below her and see a massive parking lot. 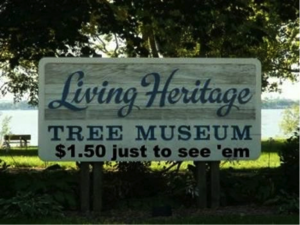 We see this all the time. Developments continue to sprout up everywhere in areas that used to be havens for local wildlife and a sustainable asset in many other ways.

Just a couple of years ago, a forested area near my home was destroyed to put in a parking lot. A large company wanted to develop a small shopping complex to capitalize on vehicle traffic in the area. The plan was vehemently opposed by local residents and eventually stopped dead in its tracks, but not before the parking lot was paved. In this case, they cleared acres of forest, created a large parking lot and finally, packed up their equipment and went home.

Driving past that area today, it is difficult to recall the former splendor of the area; an unfortunate example of urbanization around the world.

It’s not just forests that are torn down. Arable land for crops is often destroyed as the suburbs stretch further and further from the main city. The new roads burden local government with maintenance costs that create problems within years of building.

We have all seen this. Although the growth of urban centers peaked in 1950, World Health Organization estimates the annual growth today to be 1.5%. The urban population will almost double between now and 2050. In 2009, there were approximately 3.4 billion people living in urban areas worldwide. That means in 2050 there will be close to 7 billion people living in urban areas! 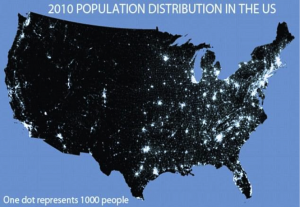 Much of this growth can be attributed to growth in underdeveloped countries, where sustainable assets will be destroyed to accommodate this rapid growth.

But the news isn’t all bad. Every year, more people turn to gardening at home in an effort to save money and reduce their dependence on local grocery chains. There is a noticeable increase in home gardening when the economy struggles.

In 2009 alone, home gardening increased in the United States by nearly 19%. Many of these suburban homes were built on arable land that used to be filled with crops or thick forests. This fertile soil can be utilized to give you fresh vegetables from your backyard rather than thousands of miles away.

And you won’t be alone. Last year, approximately 2 million US households began gardening – demonstrating that people are beginning to realize the importance of self-sufficiency.

Essentially, we need to change our idea of paradise and start appreciating the renewable resources we have all around us. For years, people have moved out of the rural areas in search of better job opportunities. These people see “paradise” as a suburban home that becomes a “black hole of consumption”. Homeowners spend enormous amounts of money on maintenance, HOA fees, and yard work for a home that doesn’t produce anything.

For others (myself included), rural America represents the last frontier. A place where we can practice a sustainable lifestyle without complications. If I want to install a water recovery system on my roof, I don’t have to worry about the HOA throwing a fit.

Even if you live in a suburban area now, legislation is changing. Chickens are no longer considered livestock in many places. As an excellent source of sustainable protein, this is an example of a resilient solution many of can practice. Vertical gardens are another example of a way we can turn an urban apartment into a useful, renewable resource.

Much of what we discuss here is aimed at shifting the balance away from a broken system that often seems hell-bent to destroy every natural resource we cherish. Parks become retail shopping meccas, forests become industrial centers and all the while, we are losing sight of the most sustainable resource we have – the ability to grow food.

Am I saying that we should all high-tail it into the country? No…but we need to foster the shift from (sub)urban black holes of consumption to productive resources. How we view paradise is changing, but this perspective is in vain if we do not take advantage of sustainable practices whenever possible.

Otherwise, we may very well be paying to visit the local tree museum as we try to remember a life when nature was our best asset.