We have spent a fair amount of time discussing vertical gardening techniques and how beneficial it can be for those with limited space or access to fertile land for gardening.

It’s entirely possible to create enough food to feed a couple of people using this technique in a space as small as a one bedroom apartment and perhaps more importantly, vertical gardening represents a sustainable, organic growing technique that anyone can implement inexpensively.

But what if we were to scale up vertical gardening into say…a food factory? I’m not talking about a factory in the normal sense of the word; rather, an abandoned factory that has been repurposed to produce fresh fruits and vegetables in a controlled environment year round.

Believe it or not, it’s already happening and this new practice could represent a departure from the negative connotations typically associated with mass-produced foods.

A recent market research report published by Reportstack estimates that plant factories will be a $1.97 billion business by 2020.

Using a combination of new growing techniques and more sustainable energy practices, food markets around the world could soon benefit from the adoption of plant factories taking up a lot less space than traditional agriculture but boasting significantly more production.

And if you ask me, these advances couldn’t come at a better time as the world faces a looming food shortage that many experts believe will begin manifesting itself in the next 20 years.

Employing a controlled environment to oversee every aspect of plant growth, plant factories do not have to deal with detrimental influences like pesticides and poor weather conditions. This translates into a much more reliable harvest every year – helping to keep prices consistent and supply plentiful.

Other technological advances are also being used in many of these plant factories. Robots are being used to monitor plant health and even harvest crops at the perfect time without human intervention.

One of the questions critics often pose regarding the widespread reliance on indoor growing facilities is the power and resource consumption required for year round crop production. One entrepreneur in Chicago – John Edel – may have the answer.

Edel has converted a 93,000 square foot abandoned meatpacking facility into an indoor plant factory that differs from similar facilities in one important way. Rather than rely on grid power to keep the lights on, Edel’s factory uses a massive anaerobic digester designed to convert food waste into biogas. 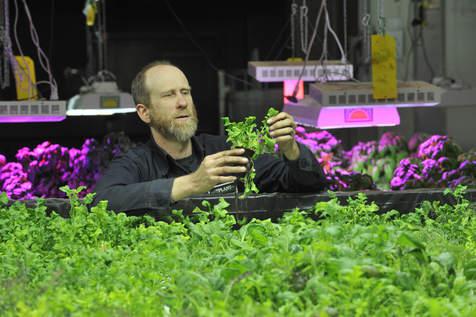 The odorless digester consumes 27 tons of food waste every day. This includes waste produced in the factory as well as additional food waste sourced from local food processing businesses in the Chicago area.

The digester works by capturing methane found in decomposing food waste and burning the fuel onsite to create heat and power for the entire operation without relying on outside energy sources.

Although Edel’s plant factory isn’t fully functional yet, a mushroom farm, an aquaponics system and a variety of fruit and vegetable crops will all benefit from the anaerobic digester currently being installed at the repurposed Chicago meatpacking facility. 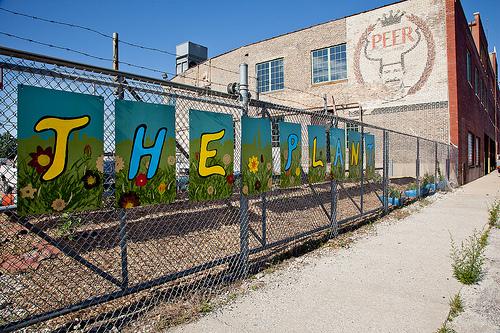 As more people flock to urban areas every year, it only makes sense to begin looking at constructive ways to increase food production in areas known for consuming food resources; not producing them.

Even in more rural areas known for producing consistent fruit and vegetable crops, the effects of adverse weather conditions (such as this year’s drought in California) have far-reaching economic consequences; many of which have manifested themselves yet this year.

As technology continues to improve, adverse weather conditions and other problems typically faced by the agricultural community could become a thing of the past as plant factories like the one in Chicago begin to take over.

About the only problem I see with widespread adoption of this technique is the large initial investment required to make it a reality. Most farmers are already up to their neck in debt and are simply unable to take on the financial risk presented by implementing an indoor plant factory.

Hopefully, as technology continues to become less expensive and demand for a consistent food supply rises exponentially, the many benefits of plant factories will overshadow the cost constraints and we can confidently enter a new era where previously abandoned factory buildings are transformed into meccas for sustainable food production.