Growing up in the Northeast, the word drought never really had much significance for me. Sure, I might have heard about it on the news once in a while but it rarely ever affected produce production or anything else in my hometown. Of course, I was not responsible for grocery shopping so I never really noticed the effect that a drought on the other side of the country could have on produce prices in New York.

This year, California is facing one of the worst droughts in modern history. Last year was dry and this year is even worse. When I first decided to write this article a couple of weeks ago, California was only at 9% of its average annual precipitation. After some decent rain in the last few days the state is still only at 20% of where it should be and farmers are already feeling the effects of this drought as planting season nears.

To put this into perspective, consider Shasta Lake in Northern California. As of this writing, Shasta Lake is 100 feet below its normal level. Literally, navigational buoys that normally float in the water are sitting on the dry lake bed (as seen below). 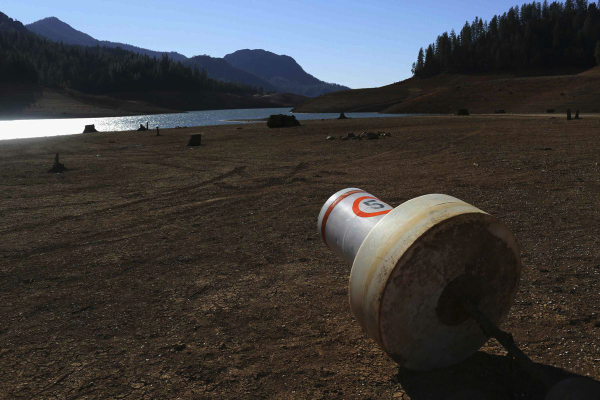 We live in a global economy and the fact is that the drought in California affects us all in some way or another. Although California’s Central Valley only represents 1% of the farmland in the United States, it produces 8% of our nation’s agricultural output by value. Over 230 crops are typically grown in the Central Valley each year – everything from tomatoes to grapes to almonds to olives and many others.

In fact, farmers in the Central Valley produce 70% of the world’s almonds supply totaling nearly 600 million pounds of almonds each year. The drought this year is so severe that many commercial farming operations have elected not to grow other crops in the hopes of saving their almond orchards during this water crisis.

It doesn’t matter if you live in the rainiest city in America, this drought will affect you and your family. Higher prices at the grocery store for both produce and derivative products are one of the most noticeable changes. I went to purchase a bottle of olive oil at the grocery store the other day and already the price has doubled from what it was just a few weeks ago. Unfortunately, it will continue to get worse as supplies dwindle.

In addition to higher prices, consider the lost revenue already being experienced by farmers. With only a fraction of the water allotment normally provided to each farm, many farms are being forced to cut production drastically and in some cases, not plant any seeds at all. This lost revenue hurts the economy tremendously in an area almost completely dependent on farm revenue to stay afloat.

Another serious economic impact is the loss of jobs. One news outlet recently reported that as many as 4,000 jobs have been lost already as a direct result of this year’s drought. In some communities, this means unemployment rates as high as 40% and lines of people waiting to get a meal from aid stations that have been set up throughout the Central Valley.

As a society, we have become dependent on commercial agriculture. Even those of us who try to live a resilient lifestyle take for granted the availability of fresh produce in the local grocery store. The seriousness of this drought serves as a reminder to us all that nothing is guaranteed and that resiliency is much more important than a simple “lifestyle” choice.

The serious drought in California is affecting more than just farmers. Water shortages in many counties have left residents without water for gardening and other essential tasks. Some people have resorted to purchasing large bottles of water, but this is not economically feasible for everyone.

Cattle farmers are also feeling the strain. The lack of water has forced many ranchers to sell some or all of their cattle as there is simply not enough water to support the herd. This could severely impact the price of meat; although it is likely to be a more localized problem (unlike produce prices).

Gray water recycling systems are an excellent way to combat a water situation, although the legality of these systems is still a gray area. If legal in your area, a gray water system is capable of irrigating an entire garden using water that normally gets sent to a processing facility or septic tank. We have covered gray water systems in Resilient Strategies; check it out for ideas and inspiration.

Rainwater harvesting is also a great solution. Check your local laws, as rainwater harvesting is far too regulated. Studies show that less than 3% of the harvested water would actually make it downstream water supplies. We have released a great report providing step by step instructions on how to have Water Abundance (here). 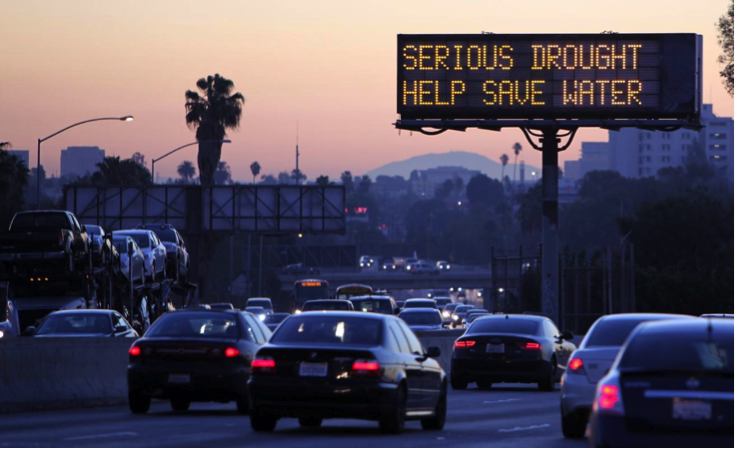 No matter where you live in the country (or the world), it is time to start taking produce production into our own hands. As planting season approaches in many areas of the country I think it is time we take a good look at our own gardens and try to find ways where we can improve output and quality using resiliency best practices. If you do not already have a guard, there has never been a better time to start than this year because produce prices could quickly get out of control throughout the country as the far-reaching effects of this drought season come into play in the next few months.

Effective gardening isn’t just about clearing out huge expanses of land and planting rows and rows of crops. Many people produce far more than they can consume and small backyard gardens. Many of them accomplish this using the techniques we discussed on this website. Vertical gardening, potato towers and effective use of natural fertilizer such as compost are just a few examples of ways we can increase the productivity of our home gardens regardless of how much or how little space we have available.

Just remember that events anywhere in the world can have a serious impact on the entire global community. In this case, the drought in California could drive produce prices sky high throughout the United States. We should be looking for new ways to insulate ourselves from these phenomenon whenever possible, even if it’s as simple as stepping outside our comfort zone and trying something new that can increase our resilience in spite of future uncertainties.