Home Big Picture Beyond Scarcity – A Beautiful World of Abundance 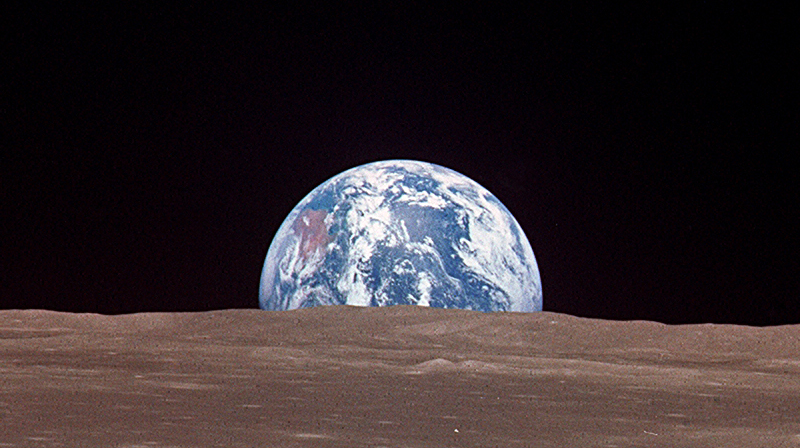 Scarcity is one of the defining features of modern life. Around the world, one in five children suffers from hunger. We fight wars over scarce resources such as oil. We have depleted the oceans of fish, and the ground of clean water. Worldwide, people and governments are cutting back, making do with less, because of a scarcity of money. Few would deny that we live in an era of scarce resources; many would say it is dangerous to imagine otherwise.

Yet it is not hard to see that most of this scarcity is artificial. Consider food scarcity: huge amounts, as much as 50% of production by some estimates, are wasted in the Western world. Vast areas of land are devoted to producing ethanol; vaster areas still are devoted to America’s number one irrigated crop: lawn grass. Meanwhile, land that is devoted to food production is typically farmed by chemical-intensive, machine-dependent methods that may actually be less productive (per hectare, not per unit of labour) than labour-intensive organic agriculture and permaculture.

Similarly, scarcity of natural resources is also an artefact of our system. Not only are our production methods wasteful, but also much of what is produced does little to further human wellbeing. Technologies of conservation, recycling and renewables languish undeveloped. Without any real sacrifice, we could live in a world of abundance.

Perhaps nowhere is the artificiality of scarcity so obvious as it is with money. As the example of food illustrates, most of the material want in this world is due to lack not of anything tangible, but of money. Ironically, money is the one thing we can produce in unlimited quantities: it is mere bits in computers. Yet we create it in a way that renders it inherently scarce, and that drives a tendency towards the concentration of wealth, which means over-abundance for some and scarcity for the rest.

Even wealth offers no escape from the perception of scarcity. A 2011 study of the super-wealthy at Boston College’s Center on Wealth and Philanthropy surveyed attitudes towards wealth among households with a net worth of US$25 million or more (some much more – the average was US$78 million). Amazingly, when asked whether they experienced financial security, most of the respondents said no. How much would it take to achieve financial security? They named figures, on average, 25% higher than their current assets.

If someone with US$78 million in assets can experience scarcity, it obviously has much deeper roots than economic inequality. The roots lie nowhere else than in our ‘Story of the World’. Scarcity starts in our very ontology, our self-conception and our cosmology. From there it infiltrates our social institutions, systems and experience of life. A culture of scarcity so immerses us that we mistake it for reality.

The most pervasive, life-consuming form of scarcity is that of time. ‘Primitive’ people generally don’t experience a shortage of time. They don’t see their days, hours or minutes as numbered. They don’t even have a concept of hours or minutes. “Theirs”, says Helena Norberg-Hodge in describing rural Ladakh, “is a timeless world.” I have read accounts of Bedouins content to do nothing but watch the sands of time pass, of the Amazonian Pirahã fully absorbed in watching a boat appear on the horizon and disappear hours later, of native people content to literally sit and watch the grass grow. This is wealth nearly unknown to us.

Scarcity of time is built in to the ‘Story of Science’, which seeks to measure all things and thereby renders all things finite. It delimits our existence to the boundaries of a single biographical timeline, the finite span of a separate self.

Scarcity of time also draws from the scarcity of money. In a world of competition, at any moment you could be doing more to get ahead. At any moment you have a choice whether to use your time productively. Our money system embodies the maxim of the separate self: “More for you is less for me.” In a world of material scarcity, you can never ‘afford’ to rest at ease. This is more than a mere belief or perception: money as it exists today is not, as some teachings claim, “just energy”; at least it is not a neutral energy. It is always in short supply. When money is created as interest-bearing debt, as ours is, then always and necessarily there will be more debt than there is money. Our systems mirror our collective perceptions.

“More for you is less for me” is a defining axiom of separation. True in a competitive money economy, it is false in earlier gift cultures in which, because of widespread sharing, more for you was more for me. Scarcity conditioning extends far beyond the economic realm, manifesting as envy, jealousy, one-upmanship, social competitiveness, and more.

The scarcity of money, in turn, draws from the scarcity of love, intimacy and connection. The foundational axiom of economics says as much: human beings are motivated to maximise rational self-interest. This axiom is a statement of separateness and, I hazard to say, loneliness. Everyone out there is a utility-maximiser; all are in it for themselves. You are alone. Why does this seem so true, at least to economists? Where do the perception and experience of aloneness come from? In part they come from the money economy itself, which surrounds us with standardised, impersonal commodities divorced from their original matrix of relationships, and replaces communities of people doing things for themselves and each other with paid professional services. As I describe in my book Sacred Economics, community is woven from gifts. Gifts in various forms create bonds, because a gift generates gratitude: the desire to give in return or to give forward. A money transaction, in contrast, is over and done with once goods and cash have changed hands. The two parties go their separate ways.

The scarcity of love, intimacy and connection is also inherent in our cosmology, which sees the universe as composed of generic building blocks that are just things, devoid of sentience, purpose or intelligence. It is also a result of patriarchy and its attendant possessiveness and jealousy. If one thing is abundant in the human world, it should be love and intimacy, whether sexual or otherwise. There are so many of us! Here, like nowhere else, the artificiality of scarcity is plain. We could be living in paradise.

Sometimes I lead a workshop activity that involves prolonged mutual gazing between two people. After the initial discomfort fades and the minutes go by, most people experience an ineffably sweet intimacy, a connection that penetrates through all the superficial posing and pretence that define daily interactions. These pretences are much flimsier than we would like to think – they cannot withstand more than half a minute of real seeing, which is probably why it is considered rude to gaze into someone’s eyes for more than a couple seconds. That is all the intimacy we typically allow ourselves. That is all the wealth we can handle right now. Sometimes, after the activity, I will observe to the group: “Can you imagine – all that bliss is available all the time, less than 60 seconds away, yet we go for years and years without it? Experiencing it every day, would people still want to shop? Drink? Gamble? Kill?”

How close is the more beautiful world our hearts know is possible? It is closer than close.

What need, beyond basic survival needs, is more important to a human being than to be touched, held, groomed, seen, heard and loved? What things do we consume in futile compensation for these unfulfilled needs? How much money, how much power, how much control over other people does it take to meet the need for connection? How much is enough? As the Boston College study implies, no amount is enough. Remember that, the next time you think greed is the culprit behind Gaia’s woes.

A kind of obscene excess accompanies each dimension of scarcity on our planet: hunger side by side with obesity; drought with flooding; energy shortages with profligate waste; loneliness with virtual hypernetworking; crushing debt with huge excess banking reserves; bloated houses with shrinking public space.

I could go on to mention many other kinds of scarcity that are so normal in our society as to escape notice: scarcity of attention; scarcity of play; scarcity of listening; scarcity of dark and quiet; scarcity of beauty. I live in a 100-year-old house. What a contrast there is between the regular, factory-perfect commodity objects and buildings that environ us, and the old radiators in my house, clanking and hissing all night, with their curved iron, their irregular valves and connectors, made with a touch more care than they needed to be, that seem to possess a quality of life.

I drive past the strip malls and big box stores, the parking lots and car dealerships, office buildings and subdevelopments, each building a model of cost-efficiency, and I marvel: “After 5,000 years of architectural development, we’ve ended up with this?” Here we see the physical expression of the ideology of science: only the measurable is real. We have maximised our production of the measurable – the square feet, the productivity per labour unit – at the expense of everything qualitative: sacredness, intimacy, love, beauty and play.

How much of the ugly does it take to substitute for a lack of the beautiful? How many adventure films does it take to compensate for a lack of adventure? How many superhero movies must one watch to compensate for the atrophied expression of one’s greatness? How much pornography to meet the need for intimacy? How much entertainment to substitute for missing play? It takes an infinite amount. That’s good news for economic growth, but bad news for the planet. Fortunately, our planet isn’t allowing much more of it, nor is our ravaged social fabric. We are almost through with the age of artificial scarcity, if only we can release the habits that hold us there.