Home Uncategorized In a More Beautiful World, Who Will Collect the Garbage? 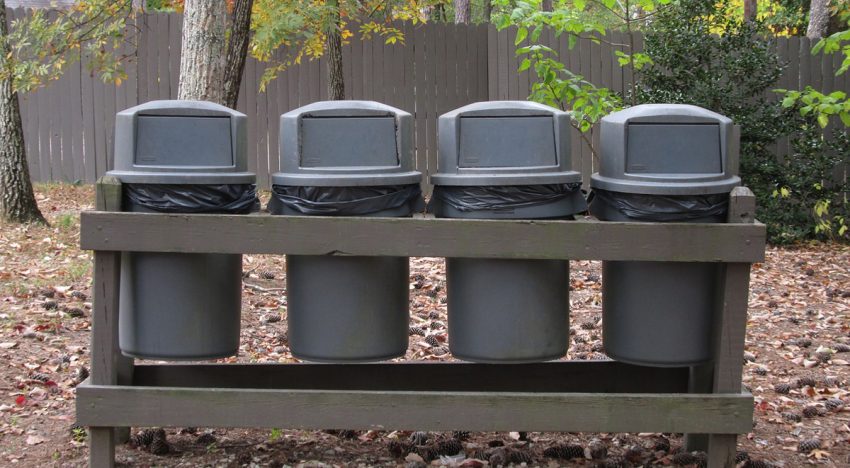 I had a conversation today about the beautiful world that I believe will be born out of the converging crises of our age. One characteristic of this world will be that each person will have recovered a very basic, simple birthright: to wake up in the morning excited and happy about your work for the day. We will be in love with what we do; in other words, we will all be artists.

Everybody has probably experienced this feeling at one time or another, the feeling of being passionately involved in a creative project. That passion is the sign of what might be called authentic work, true work, or soul work. The human spirit rebels at doing anything we don’t truly care about. The rebellion is closest to the surface in the young: hence, the sullen, resentful, rebellious, angry teenager. As we get older and the spirit crumbles, we come to accept that life is “just like that.” Working in drudgery for external rewards so that you can live your real life during your “time off”.

Think of the assumptions built into that phrase, “time off”. Time off from what? If we enjoy freedom only on the weekends, vacations, and evenings of our lives, then what does that say about the rest of life? It is slavery. What about being free all the time? That is what you are, when you do something you love. You are free.

The nature of work-as-we-know-it—tedious, routine, degrading to self or others, unfulfilling to the spirit—has very deep roots. One root grows from the Machine, with its requirement for standardized, replaceable parts and processes. Another grows from the mentality of domestication, laboring today for the sake of a future harvest. Ultimately, all originate in our sense of self as discrete and separate. More for me is less for you. The true artist never does anything merely “good enough”—good enough for the grade, for the customer, for the boss. The true artist keeps working and working on a project until he or she can look upon it with satisfaction. Then, and only then, is it ready to give to the universe. The true artist might receive money for her work, but the work is not done for the money because no amount of money is sufficient. The real motivation is elsewhere. True art is beyond price.

My conversation partner asked, “But in such a world, who will collect the garbage?” My short answer was, “In a more beautiful world, we are not going to produce very much garbage!” Now I would like to give a longer answer.

Both the question and the answer were spoken on two levels, the first literal, the second metaphoric. On the literal level, we can envision an economic and monetary system that structurally discourages waste. When all costs are internalized, a huge incentive is created to produce goods that are fully reusable or recyclable. This is a return to the very recent past. My ex-wife recalls that in her childhood in rural Taiwan, there was no such thing as a garbage truck. Food scraps were composted or fed to the pigs. Newspaper, metal, and glass were all recycled. Food bought at the market was taken home wrapped in bamboo leaves. Containers were refilled by local distributors or producers. Another friend of mine recently returned from a visit to Cuba, where she was amazed to find that an entire village of several hundred people only filled one garbage can a week.

Ultimately, to make an object beautifully requires that we consider its entire history and future. The artist-engineers of a more beautiful world will incorporate reusability and sustainability into their design specs. They will do so for beauty’s sake, for their own joy and satisfaction, and they will have an economic incentive to do so as well. Products that generate waste will be more expensive. Beauty and money will no longer be at odds. If you are curious to know more, read the economics of Paul Hawken and Amory Lovins, as well as Chapter 7 of The Ascent of Humanity.

But really, the question was about more than just garbage. Generalized, it might go something like this: “There are a certain number of unpleasant, tedious, degrading tasks that have to get done in order to have a modern society. Who will do these tasks in a world where everyone insists on work that is rewarding?”

My answer generalizes too. Tasks like that will become much less necessary when industrial design consciously seeks, not to minimize costs, but to minimize drudgery, tedium, and waste. Secondly, our demand for endless piles of cheap, generic consumer items will diminish as we transition into a new conception of wealth and surround ourselves with durable, elegant material objects made with love. I believe that many consumer goods that are mass-produced today will revert back to local, more labor-intensive production. This is especially true of food, and also to some extent clothing, medicine, shelter, and entertainment. Thirdly, as new currency systems render money into no longer a scarce commodity, we will no longer support enterprises whose dominant motivation is to reduce costs and maximize dollar efficiency. We will desire goods and services produced by artists, not slaves. Such a thing as a garment made in a sweatshop will seem ugly and repugnant to us. To have a surfeit of such things is a strange concept of wealth indeed. To me, true wealth would be to live among unique treasures, not mass-produced uniform objects made with the crass motive of profit above all.

In a more beautiful world, we will not be comfortable eating at restaurants or staying at hotels or working in office buildings that depend logistically on masses of broken souls pushing mops, washing dishes, flipping burgers, and entering data. Nor will there be many people sufficiently broken, by training or poverty, to do such work. Any enterprise will have to make consideration for human dignity.

I believe there will still be such things as hotels and restaurants in a more beautiful world, and there will still be a limited amount of work washing dishes and chopping vegetables and pushing mops. These jobs are really only degrading and soul-destroying when you feel compelled to do them day in and day out, with no hope of anything better. For a teenager to do something like this a few hours a week for a year or two is a different matter entirely. One of the best jobs I ever had was in a cafeteria dish room in college. There are times in life as well, personal transitions for instance, where a period of mindless labor can be comforting. So there may always be a limited place for such jobs in even the most beautiful society. No one will feel that he is stuck there, though.

People will do many more things for themselves. It is degrading to clean other people’s toilets all day; it is not degrading to clean your own toilet, or even another person’s toilet out of love. I do not find it degrading to change my son’s diapers, or to physically care for an ill loved one. Such tasks are part of the richness of life, yet ironically, in this, supposedly richest society on earth, we pay other people to perform the tasks of daily living, converting them from richness to degradation. I think that the toilets in tomorrow’s office buildings will be cleaned by the people who work there.

All the same, it is nice to be pampered sometimes, and there are people who love to do that for others. A more beautiful world will abound in inns, restaurants, spas, massage clinics, and other places devoted to making people feel great. Inns and restaurants will operate on a smaller scale than today’s mega-hotels, and all the slogans about personalized hospitality will come true.

There are some who say that if everyone suddenly insisted only on rewarding work, and refused to compromise their dignity, then society as we know it would fall apart. From this assumption follows the whole regime of oppression and control, with the associated guilt of knowing that your freedom and fulfillment is based on another’s slavery and misery. Well, this way of thinking is correct about one thing: society as we know it would indeed fall apart. But that doesn’t mean a descent to barbarism. In fact, I doubt the transition would be nearly as difficult as you might imagine if, say, all the garbage collectors of the world went on permanent holiday. Your purchasing habits, your composting habits, and so on would change very quickly I am sure, soon to be followed by our production systems.

If all the mop-pushers quit, saying, “I’m too good for this”; if all the burger-flippers quit, saying, “I am too good for this”; if all the marketers decided that lying were beneath their dignity, if all the soldiers said, “I will no longer kill”; if all the manufacturers said, “I will no longer produce in a way that pollutes the air”; if everyone just refused to go along with anything that felt wrong, can you imagine the world we could create? Let us not be afraid to create a world in which no one is broken to be anything less than an artist.

I think we can all begin creating a world like that right now. We can become refusers ourselves, as much as courage allows, and we can encourage each other with the knowledge, “You are meant to do something beautiful here.” Most of all, we can see in every maid, every check-out cashier, every janitor, ever data drone, a divinely creative spirit that is much bigger than that role. See everyone as big. Never through word or deed imply that they are small. Every time you treat one of the lowest functionaries of our society with humanity and respect, you are committing a small, revolutionary act, because your respect contradicts what the system has made them. Even if they are 99 percent broken to their role, even if they accept with 99 percent of their being that life is just like this, even if they willingly comply with their own degradation, there is something deep down that refuses ever to accept it. No human spirit can ever truly be broken. Your humanity and respect will speak to that tiny, buried, and indominable spark of dignity and rebellion in every human soul.