Home Energy Can Technology Save Us From Collapse?

I want to start this article by posing a question – Can technology alone save society, do we need to change our patterns of consumption or a combination of both?

For any readers that have been with us for a while, the answer is probably pretty obvious. We need to leverage technology whenever possible while making significant changes to our patterns of consumption to effect measurable change any time in the near future. 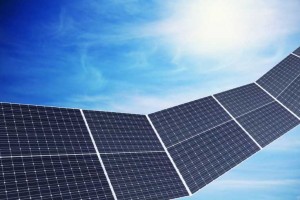 I think it’s important to make this distinction because I love technology and in many cases, I become very focused on the technological aspects of the resiliency movement without emphasizing how imperative it is that we all make changes to our behavior patterns and perhaps more importantly, teach the next generation how to carry on the torch of sustainability successfully.

Many “prepper” groups swear we are nearing the end of the line. They may be right. If we look at history, civilizations have risen and fallen with almost predictable certainty. But, those who thrive recognize the shifts and position themselves to succeed. They don’t run, they adjust.

It’s better to look at history and learn from our mistakes and successes. Sometimes the line is blurred between success and failure, but everything our country has experienced during its short history can be learned from to make a more robust society capable of withstanding many of the dangers we now face.

At the turn of the 20th century, for example, 40% of the entire United States population was employed in the agricultural industry. More recently, only about 1% of the population works in the same industry.

In some ways, this points to how technology can actually be a hindrance to society. We are so far detached from the food supplies we so desperately rely on that many of us simply take for granted the food on our plates every day. It wasn’t always this way. When almost half of the population worked in agriculture, Americans had a much more intimate relationship with their food.

On the other hand, modern technology has enabled us to make impressive leaps forward in a variety of fields from solar energy to biodegradable materials to the massive information network known as the Internet.

While I realize that technology enabled resiliency is an important topic, it’s imperative that everyone understand the importance of our human behavior patterns. Actually, it’s more than that. We need to find a way to combine the two into a singular movement.

Here’s an example: If solar PV was the same price or even less expensive than natural gas, why would anyone want to install natural gas lines in their home?

Technology provides us with a way to create solutions that can be accepted by everyone given enough time. It’s no secret that the mass population can be difficult to sway in a new direction (at least with any sense of expediency), but if technology solutions provide a sensible alternative that actually increases quality of life, there are very few people who wouldn’t jump on board.

I guess a better way to phrase my original question is – Do we have to do without to address many of the sustainability concerns our society is faced with? 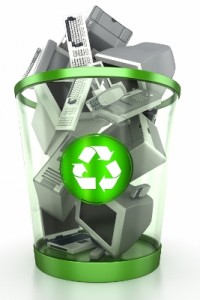 My experience has been that anything perceived to be a “step down” in quality of life will be resisted fervently by most people. Offering positive alternatives is a far more effective option and that is where technology takes a front seat. Breakthroughs in sustainable technology are the key to gaining widespread approval of various ecologically-minded initiatives, but it does require people like us to spread the word and live as an example of how life doesn’t have to be “degraded” to follow sustainable practices every day.

These ideals hold true in the face of sub-standard government legislation and the looming population crisis that is expected to take hold in the next 20 years (give or take).

I don’t agree with the consumer-driven nature of most Americans, but I respect it. In fact, I don’t feel that consumption is actually the problem. The problem lies in dependence on highly concentrated production capacity.

The resilience movement is about distributing production. This strengthens the ability of the system to withstand shock and develop innovations.

It starts one home and one community at a time.