Most of us have seen the TV commercials that demonstrate how much plastic we consume and throw away each year. From plastic water bottles that can circle the Earth multiple times to garbage bags that can cover the entire surface of Mount Rainer, these advertisements point out an obvious flaw in our consumer-driven lifestyle.

Plastic is cheap, lightweight and can be molded into any shape imaginable. From soda bottles to car parts, plastic has taken over as a viable alternative in many (if not most) industries. Unfortunately, most of us do not think very much about what happens to that plastic after we are done with it. 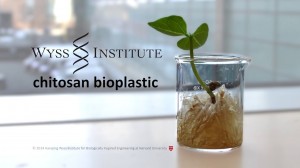 If your household is anything like mine, we recycle all the plastic we consume. Well, that is to say that we bring it to the recycling center each week with the understanding that these materials are actually recycled somehow…somewhere.

But even I didn’t always live this way. I used to throw out plastic just as quickly as any other piece of trash. Although I now appreciate the value of recycling these non-biodegradable materials, there are millions of people that either don’t know or don’t care (or maybe both?) about recycling materials for the betterment of our planet.

Fortunately, researchers at Harvard may have a solution.

Plastic, as we know, it is made from a bunch of chemical processes depending on the desired application. Once this plastic has been created, it is extremely difficult (practically impossible actually) to break this material down into its raw materials.

When thrown into the local dump, plastic never really goes away, but some of the chemicals used to create it can leach into our soil. Harmful chemicals including the fossil fuels used to create synthetic plastics are released back into the soil resulting in a very unsustainable system that has contributed significantly to many of the pollution-related problems our planet currently faces.

In direct response to our increasing reliance on plastic products, researchers at Harvard’s Wyss Institute have developed a new type of plastic made from shrimp shells.

Now, I realize that bioplastic isn’t anything new, but the problem with current bioplastic solutions is two-fold:

Another issue with current bioplastic technology is that it isn’t really as compostable as the packaging would have you believe. I actually tried throwing a “fully compostable” plastic fork into my compost bin a few years ago. Guess what – it didn’t decompose.

What most of these bioplastic manufacturing companies don’t tell you is that composting bioplastic requires a high intensity, high heat composting process that can only be accomplished on a commercial scale.

Chitosan (a form of chitin) is used frequently to create natural polymers and just so happens to be the second most abundant organic material on the planet. It is a long chain polysaccharide found in the shells of shrimp and other crustaceans and insects. Even the wings of butterflies are made from chitosan. While scientists have long realized the benefit of using chitosan to create bioplastic, it wasn’t until recently that Harvard researchers were able to fabricate complex 3D objects using chitin-based materials. 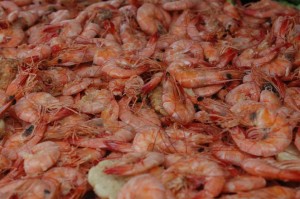 This new process would allow manufacturers to use traditional casting or injection molding techniques to create a new plastic that actually is biodegradable without special equipment and processes.

The best part is that this new material breaks down using conventional composting techniques in about two weeks and it releases a host of helpful nutrients into the soil. Chitin-based fertilizers are relatively common (and effective) and this product doesn’t compete with existing food sources because I don’t know anyone who consumes shrimp shells (no offense if you happen to enjoy them).

Researchers were also able to adapt the technique for plastics used in water-based applications and they even learned how to color the plastics by modifying the pH level of the chitosan solution. The dyes used are completely recyclable and can be reclaimed, although this is outside the realm of the home bioplastic composter.

In all honesty, I am extremely excited about 2014 thus far. Between the advancements in solar technology I have written about recently, new bioplastic alternatives and a slew of breakthroughs in 3D printing, this year could represent a turning point in our quest for widespread sustainability adoption. We can only hope that the speed of our progress continues and you can be sure that I will cover as much of it as possible as it develops.