Last month, a powerful tropical cyclone ripped through the Philippines and other parts of Southeast Asia. Known as Typhoon Haiyan, the storm was the deadliest in Philippine history – claiming the lives of almost 7,000 people and leaving millions of others homeless.

Typhoon Haiyan was the strongest storm recorded at landfall in history and preliminary reports list the cyclone as the fourth strongest storm in terms of wind speed ever recorded. Without a doubt, this has been a tragedy for all involved and our hearts go out to those still struggling under conditions many of us can’t even imagine. 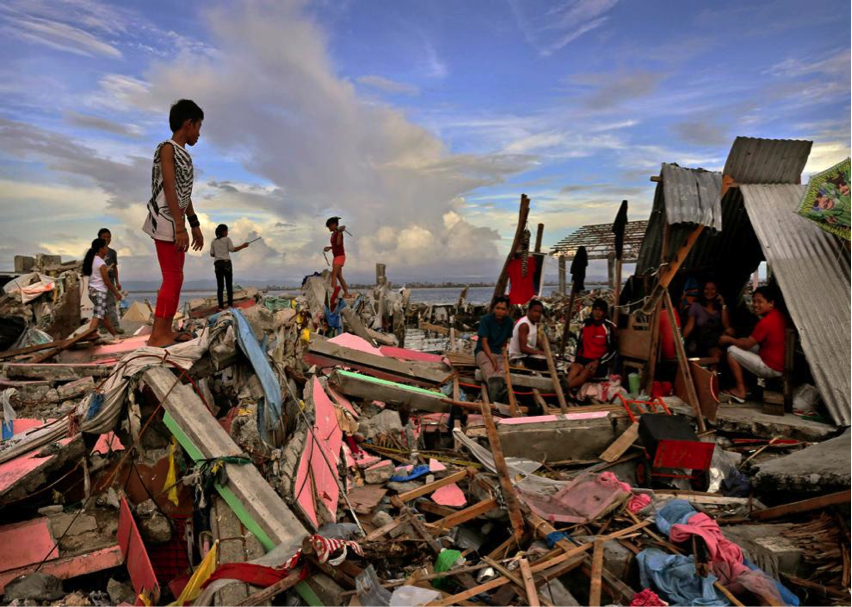 What can we learn from this tragedy? The Filipino citizens living in the storm ravaged city of Tacloban can teach us a lot about what true resilience is and how even the smallest (and seemingly insignificant) changes can make a huge difference in the rebuilding process and perhaps more importantly, morale throughout the city.

Following the destruction of Tacloban, residents started looking for new ways to rebuild. Most of the city remains without power or refrigeration, but that hasn’t stopped one man from making a difference in the lives of area survivors.

Jimbo Tampol works for a local Coca-Cola distributor and he (along with other volunteers) started driving 16 hours to a neighboring island where ice could be purchased from a local factory.

People line up when Tampol pulls into town with ice cold Coca-Cola. Children swarm his truck as if he were selling ice cream on a hot summer day.

It may seem ironic that we are discussing soda as a resiliency measure based on the recent article I wrote about the dangers of high-fructose corn syrup; however, this is much bigger than an artificial sweeteners and added sugars. What makes Tampol’s work so important is that it introduces a degree of normalcy to the area that hasn’t been seen since Typhoon Haiyan make landfall last month. It starts with a cold soda, but there are many others working to bring the marketplace back to a functional state.

Open air markets have emerged despite the horrible conditions people are still enduring a month after the storm destroyed their lives. Unfortunately, many of the items for sale are stolen goods that were looted from a local shopping mall shortly after the storm made landfall. Regardless of the legality issues this practice represents, the marketplace is allowing people to purchase items they desperately need. It’s not so much what is being sold as it is the fact that these people can go shopping again – an activity that has been noticeably void in the aftermath of Haiyan.

One man has even found increased success as a barber in the town. Ronald Vidan lost his barbershop to the storm, but recently set up an impromptu shop in an old clothing store. Ronald is actually making more money per day now than he did before his shop was ruined; a statistic he attributes to the lack of competition. 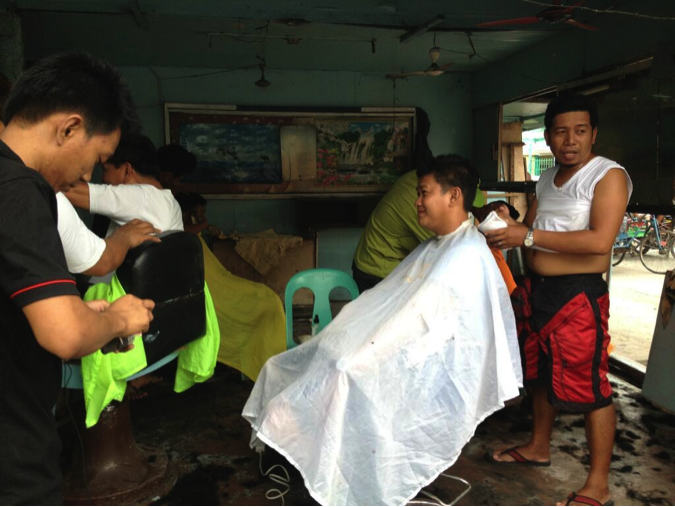 The popularity of Vidan’s barbershop demonstrates that people are beginning to think about appearances again. Immediately following the storm, a fresh hair cut was probably the last thing on most survivors’ minds, yet now they are literally lining up to get $1 haircuts.

The point is that resiliency has many faces. It could be in the form of a sugary beverage, an open air marketplace (with questionable inventory) or a barber shop re-opening its doors after a month. The key to successfully rebuilding Tacloban (and many other cities throughout Southeast Asia) is to start bouncing back right away.

Obviously, rebuilding after a tragic event takes time, but we should immediately begin looking for ways to attain some degree of normalcy. In many ways, this is what resilience actually is. There is no guidebook or instruction manual. What may constitute resilience in one situation may be completely inappropriate in another situation.

Let’s remember that resiliency and the ability to thrive under dire circumstances changes all the time. Ultimately, these different approaches all work together to rebuild broken societies. This time it was Southeast Asia, but tomorrow…it could be us.

We can learn a lot by watching the people of Tacloban and other Philippine cities. Although not by choice, these citizens have learned first hand what resiliency truly means and are practicing it right before our eyes. We wish the victims of this tragedy a speedy recovery and thank them for showing us yet another face of resiliency.