Home Energy Corn is Killing Us Faster than We Think

In my humble opinion it’s about time we all start boycotting corn and corn-based products. Corn is killing us and it is doing so in more ways than we think.

High-fructose corn syrup – which is as bad for the liver as chronic alcohol abuse – is nearly unavoidable in the typical American diet. Health problems including obesity, diabetes and kidney failure are just a few of the health risks associated with consuming large amounts of corn syrup and other refined sugar products.

Then there’s the government subsidies being paid to corn farmers every year. These subsidy payments come right out of our tax dollars to support the failure that is ethanol production.

Did you know that the energy contained within one gallon of corn-derived ethanol barely exceeds the energy required to produce it in the first place?

Did you also know that approximately 40% of all corn produced in this country goes to ethanol production? Hey government: ethanol is out. Electric cars are the future. Stop living in the past!

And don’t forget that corn isn’t a sustainable crop to begin with. It sucks up tons of nitrogen and other nutrients from the soil, requires more water per acre than any other crop I can think of and it isn’t drought-tolerant at all (even the so-called drought-tolerant GMO varieties).

Of course, the monoculture mentality of today’s American farmer doesn’t help either. It’s not the farmers’ fault though; corn and soybean production is encouraged by the government subsidies mentioned above.

The problem is that nearly the entire Midwest grows corn, uses dangerous fertilizers and pesticides and doesn’t even bother to plant nitrogen-fixing cover crops in the winter (probably because the soil is too toxic to support clover or alfalfa growth).

A few more years of this and the Corn Belt could be a wasteland; not much different than if a nuclear disaster were to occur. Barren soil incapable of supporting crops and a dangerous mixture of carcinogenic chemicals left over from fertilizer and pesticide treatments.

The infographic below sheds some light on the topic of corn production in the U.S. 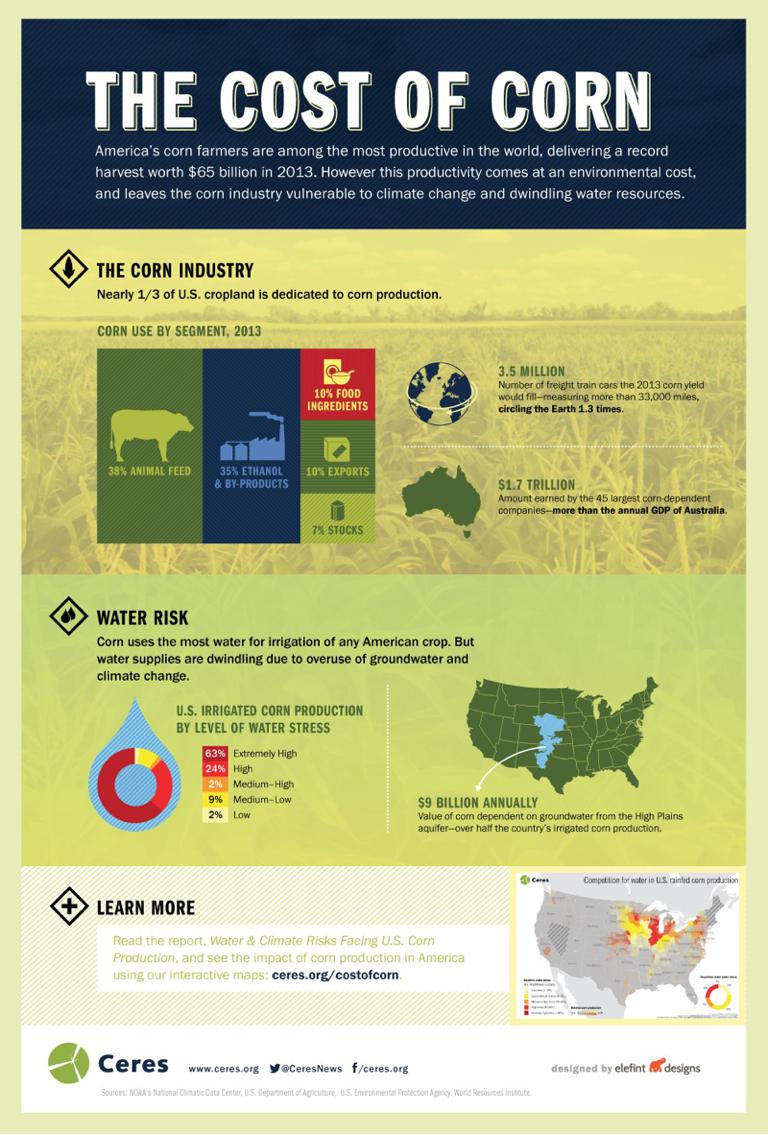 What’s my point? CORN IS NOT SUSTAINABLE and never will be. Corn is a human-engineered product that doesn’t resemble the original plant it came from at all (teosinte).

Despite attempts by Big Ag companies like Monsanto to create a more sustainable and hardy strain of corn, research has shown that modern corn is becoming more sensitive to drought than ever before.

In fact, a Stanford researcher, David Lobell, recently stated that if corn crops maintain their current sensitivity to drought we can expect to lose as much as 15% annual yield in the next 50 years.

And if the downward sensitivity trend of corn continues as it has, annual yield loses could be closer to 30%.

So I ask again: Why are we still dumping so much time, money and resources into a crop that appears to be doomed for failure. Not to mention unsustainable. And if it weren’t for government subsidies for corn farmers the crop wouldn’t even be worth the time it takes to grow it.

Corn is not economically or ecologically feasible but we continue to grow it in numbers far exceeding any other crop in this country (84 million acres in 2011). 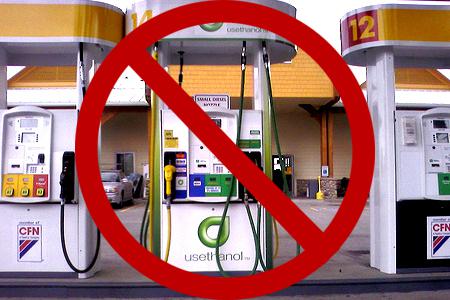 Yet the USDA continues to dump money into corn and corn research. For the past few years, the Climate and Corn-Based Cropping Systems Coordinate Agriculture Project (also known as Sustainable Corn) has been working over 35 fields of corn to research new ways to make corn sustainable.

It’s not and never will be. Perhaps the USDA should spend that money on halophyte (salt-water plants) research, other crops that are somewhat sustainable or polyculture systems that mimic the natural ecosystem (permaculture).

All of these options seem much more sustainable to me.

At home it’s not any different. Although I’m sure there are exceptions, I personally don’t know anyone who grows corn in the backyard garden for personal consumption. It takes up too much space and even a small crop of corn would probably take up as much water and nutrients as the rest of the garden combined.

Regardless of what ultimately happens, it should be clear by now that we need to move away from corn. From its heavy use in industrial feedlots to ethanol production to high fructose corn syrup, society needs to understand the realities of corn production in America and it’s our job to inform them.