While it’s still a little early in the year to think about preserving our homegrown produce for winter, I recently came across an interesting Kickstarter campaign that makes home fermentation easier than ever.

Before detailing this new product, let’s take a moment to review the benefits of fermentation compared to canning and dehydrating.

What if you could safely preserve food without adding special ingredients or using expensive gadgets? And…what if this technique actually improved the flavor and nutritional content of many foods while preventing them from spoiling for months at a time?

That – ladies and gentleman – is the beauty of fermentation. Some foods, like sauerkraut and pickles, require fermentation. But there are many other foods that can be fermented as well. A good dehydrator will set you back hundreds of dollars (and it depends on electricity to operate) and the high heat associated with canning can destroy many of the nutrients found in our favorite foods.

Fermentation converts produce into healthier, easier to digest foods. Studies have even shown that increased intake of fermented foods improves digestion, the immune system and overall health. In fact, there is a verifiable link between a lack of beneficial bacteria in the digestive system and diseases ranging from obesity to autism.

So why isn’t fermentation more popular? I think it’s mostly because of the mold typically associated with fermentation. Although this mold isn’t necessarily poisonous and can easily be separated from the fermented product our society has been conditioned to believe that all molds are bad for us (even though most antibiotics are derived from mold).

In addition to the risk of mold, other reasons why fermentation isn’t as popular as other preservation methods include:

All that said, Nicole Easterday – founder of FARMcurious – has developed a simple and inexpensive solution that takes the guess work out of fermented foods at home. 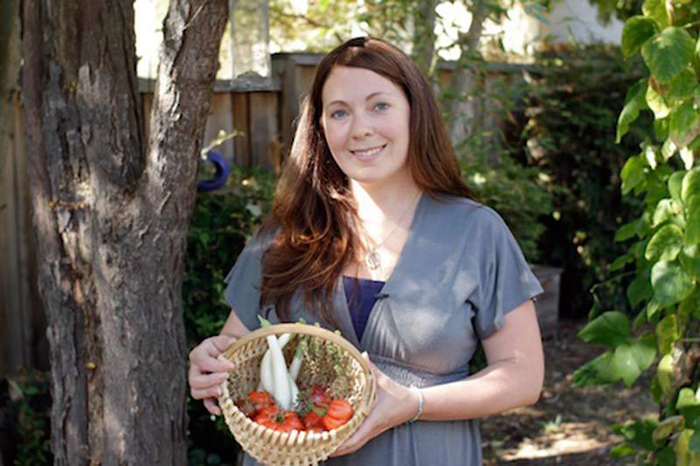 This innovative Kickstarter campaign raised over $50,000 when the original goal was a mere $15,000. This tells me there is definitely interest in this product.

The FARMcurious Fermenting Set is a system of plastic lids designed to fit on any wide-mouth mason jar. This means you can ferment produce in any size you want and thanks to the unique airlock system (which lets carbon dioxide out while preventing outside air from getting in) the risk of mold and “funky” smells is practically eliminated.

FARMcurious is nothing new. Nicole Easterday actually started the company in her garage four years ago and has been working on the business part-time until about one year ago when she decided to invest in the company as a full-time endeavor.

Based on the success of her recent Kickstarter campaign, I would say she is definitely on to something here.

If you have any experience with canning and/or dehydrating food, you know how difficult it can be to do it correctly. The FARMcurious Fermenting Set is so easy to use that I have included the steps below (which I borrowed from the FARMcurious Kickstarter campaign):

Typically, it takes three to six weeks to fully ferment produce, but according to Easterday, sometimes the process is completed in as little as three or four days. 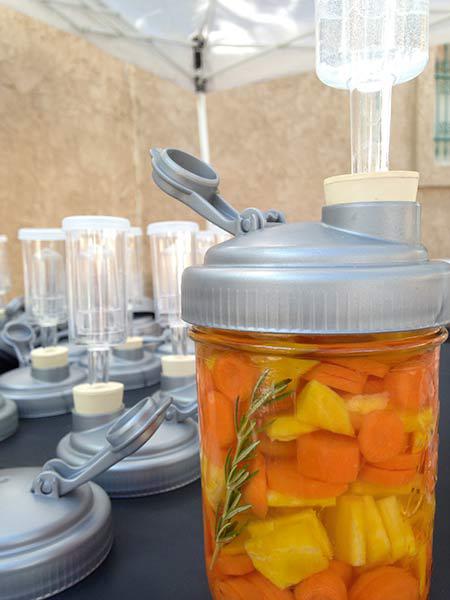 Obviously, fermentation works better for some foods than others, but don’t discount it as something reserved for tangy favorites like sauerkraut, pickles and kimchi. It’s fun to experiment with various produce combinations and for those less adventurous among us, anyone who purchases the FARMcurious Fermenting Set also receives a bunch of delicious fermented recipes to try.

Highlighting products like this is important because it allows us to be more self-sufficient without high initial costs or ancillary dependencies (such as electricity). For as little as $30 you can own one of these easy-to-use Fermenting Sets as yet another way to preserve food this harvest season and for many years to come.