The film crew were warned before they left port that heading to this island was like stepping back in time. There’s no electricity, there are no paved roads and in many cases, no plumbing. That island – called Lasqueti – is home to 400 people and less than an hour away from Vancouver.

I highly recommend you check out this 14 minute mini-documentary. You’ll see everything from yurts and earthships to solar panel systems and small-scale hydropower. My favorite? 83-year old Al. He’s definitely an inspiring character.

As one guy mentions in the video though, not everyone can handle off the grid living. He estimated there’s less than a 40% success rate for first timers moving to the island community because they couldn’t take giving up all the comforts that the average American may be used to. I bet the same goes for other off the grid communities around the world.

You’ll find two philosophies on living off the grid on Lasqueti.

“Some believe moving here is about translating city life to the island, while others insist it’s about abandoning the unnecessary.

I’d be interested to know, what do you believe going off the grid is all about? 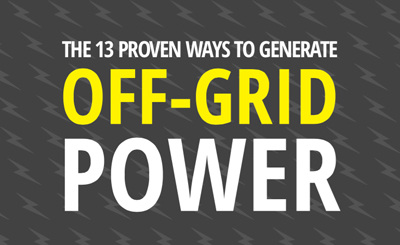