Have you ever heard of Feldheim, Germany? If not, it’s ok. Truthfully, I wasn’t familiar with the town until a few months ago and have been meaning to use the small town as a perfect example of how a community working together can create sustainable solutions without (and in some cases in spite of) government legislation. So, here it is.

Feldheim is a small, rural town in eastern Germany (about 40 miles south of Berlin). Historically, the population has only been approximately 150 although it has “exploded” to over 2,000 people due to its recent success as a perfect example of what a community is capable of doing in terms of resiliency.

Many of these new residents came to Feldheim seeking employment in an area with extremely high unemployment rates (sometimes well over 30%).

In 1995, a local entrepreneur installed the first wind turbine in Feldheim. At the time, the community (comprised almost exclusively of farmers) was dealing with falling crop prices and rising energy costs. 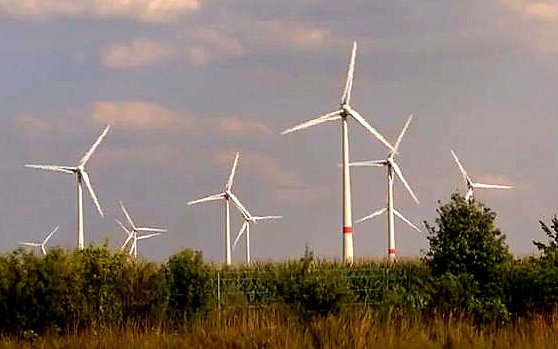 It didn’t take long for local farmers to realize they could lease excess farmland to energy companies for the purpose of installing wind turbines. With the help of Energiequelle GmbH – a local renewable energy company – forty three wind turbines were installed in the Feldheim area generating a total of 74.1 MW of power.

Fast forward to 2008. Energiequelle converted a former Soviet military site just outside of town into a large solar farm that produces over 2,700 MWh each year. At the same time, residents of Feldheim worked with Energiequelle to create a new company. This joint venture, known as Feldheim Energie GmbH & Co., hit the ground running by constructing a biogas factory that produces 4 million kWh of electricity each year.

By combining solar, wind and biogas, Feldheim was producing power for all of its residents year round. The existing power company in the area, E. on, refused to lease the grid in Feldheim to residents, but that didn’t stop them. 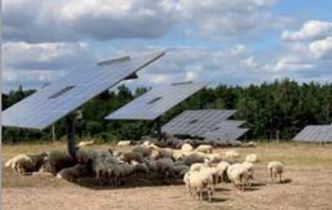 Here’s where the idea of a resilient community really comes into its own. Residents of Feldheim all contributed approximately $4,000 each to build a separate smart grid for the town. With subsidy contributions from the European Union, the project was completed in 2010 – making Feldheim the only town in Germany with its own mini-grid.

As a direct result of these changes, residents pay approximately 31% less for electricity and 10% less for heat. Better yet, the town only uses a small fraction of the generated power themselves and sells the rest back to the E. on controlled grid to the tune of nearly $7 million each year.

At that rate, the mayor of Feldheim estimates it will take less than 10 years to break even, and in the meantime residents have complete control over what they pay for electricity (it is voted on at community meetings).

What We Can Learn

I realize that this isn’t a practical solution everywhere. Feldheim has a lot of wind, making wind turbines extremely efficient in that area. The fact that the community is so small also helped to make this vision of sustainability a reality.

I live in a rural community of about 4,000 people, for instance, and I can tell you right now that doing something like this would be nearly impossible. Which got me thinking “why?” Is it the size of the community? The mountainous terrain?

Sure, those things do play a factor, but the biggest issue is the willingness to make changes even without the support of government subsidy and other useful legislation. Think about it…$4,000 is a lot of money to shell out for a community sustainability project no matter where you live. Admittedly, I’m not even sure that I would be willing to shell out that kind of cash without a guaranteed return in the future.

My purpose in highlighting the work of Feldheim’s residents is simple. Every resident contributed to the greater good. By investing their own money in sustainable solutions, they never again have to worry about the rising costs of electricity or heating oil.

Maybe you live in a large city where a similar technique isn’t practical, but I challenge you to figure out what is practical. Surely, if rural farmers in eastern (formerly communist) Germany can make real change (no offense intended), we can to.

We don’t need permission or “rewards” from the government to be resilient. All we really need is a desire to affect change in our own communities for the better. Is that too much to ask?