Last week, many homeowners and small farm operations lost their right to farm their own land.

The Michigan Commission of Agriculture & Rural Development has modified the Right to Farm Act – legislation that has been in place since 1981 – and removed many of the legal protections that allow urban and suburban farmers to raise small numbers of animals in the process.

The Right to Farm Act protects small farmers throughout the country by allowing them to raise small amounts of livestock at home without fear of being classified a “nuisance” by neighbors. Many of these protections were enacted during the 80’s when we saw a huge migration from urban areas to the suburbs.

Unfortunately, many of the city dwellers moving into rural areas at the time complained about conditions typically associated with farming (i.e. noise and smells). The Right to Farm Act is designed to protect the rights of those who raise animals at home for personal consumption and/or sale to CSAs, Co-ops and farmer’s markets.

As long as homeowner’s and small farms remain compliant with Department of Agriculture & Rural Development regulations, these people are protected from local zoning regulations and complaints filed by neighbors in the area. Well – at least they were protected.

I see two major problems with the state of Michigan’s decision. Both of them feel like a direct assault on the very principles we foster at Resilient Communities and we should hope that these regulations don’t catch on in other areas of the country as well.

The first problem is that the Michigan Agriculture Commission has basically “chosen a side” in the marketplace. This according to Michigan Sierra Club Chapter Assistant Director Gail Philbin.

Rather than fostering increased demand for locally and sustainably grown meats and produce, the modifications to the Right to Farm Act put the power back into the hands of Big Agriculture; forcing consumers to abandon small livestock operations in many communities throughout the state. 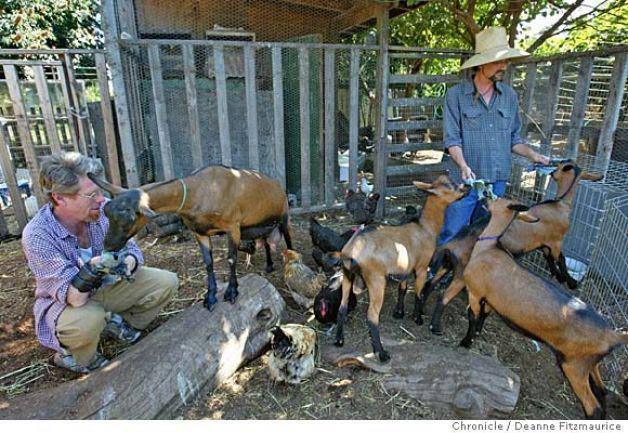 This means cows, chickens and even beehives are no longer protected by law. If your neighbor doesn’t like the noise your rooster(s) make in the morning, you may be forced to give up raising chickens at home.

If a few of your bees venture onto a neighboring property and someone complains, you might be forced to buy honey in the store like everyone else.

The ruling basically allows local government to ban cattle, goats, chickens and beehives on any property where there are 13 or more homes within an eighth mile or if another residence is within 250 feet of the property.

This probably represents the living situation of many of our readers (myself included).

The other problem I see is more of a “Big Picture” issue. Food shortages in the coming years is practically inevitable. The fact that government is forcing residents to depend on Big Agriculture – an industry that has proven time and again that it’s not capable of meeting consumer demand using sustainable practices – demonstrates the short-sighted thinking of our elected officials.

Our community is becoming increasingly popular because people want sustainably grown produce and realize that depending on a broken system to provide food items is a figurative death sentence as our population continues to grow and farmland is converted into apartment complexes.

Rather than embracing residents’ desire to produce at least some food at home and generate an additional revenue stream in some cases, Michigan wants to ban home food production in favor of big business.

And think about the people in Michigan being affected by this legislation right now. Some farmers have land that is zoned for agriculture but not necessarily for livestock. The Right to Farm Act protected these farmers until now.

What do you do if you are forced to sell your livestock – a business that may support your family and your livelihood – just because an out-of-touch government official says your farm is no longer compliant?

I don’t know about you, but being angry would be an understatement.

This issue has me more amped up than usual because to me it feels like a direct assault on the very ideals we cherish here.

My hope is that farmers push back against this legislation and Michigan realizes it needs to focus on protecting the rights of small farms rather than political and financial interests.