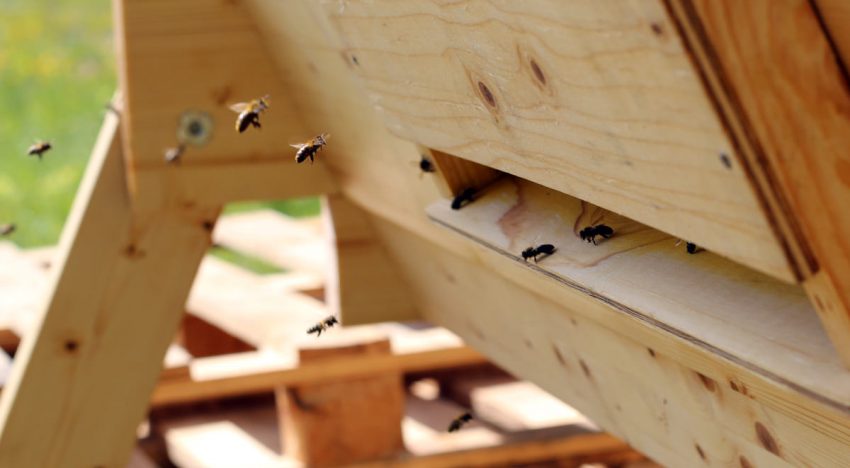 Now it’s been two weeks since my Nordic bees moved into the top bar hive. They seem to like it there, and the hive is growing stronger every day.

We’ve had a couple of rainy days but as soon as it gets warmer outside and the wind settles, there’s shuttle traffic from the hive to the nearest flowers or trees. 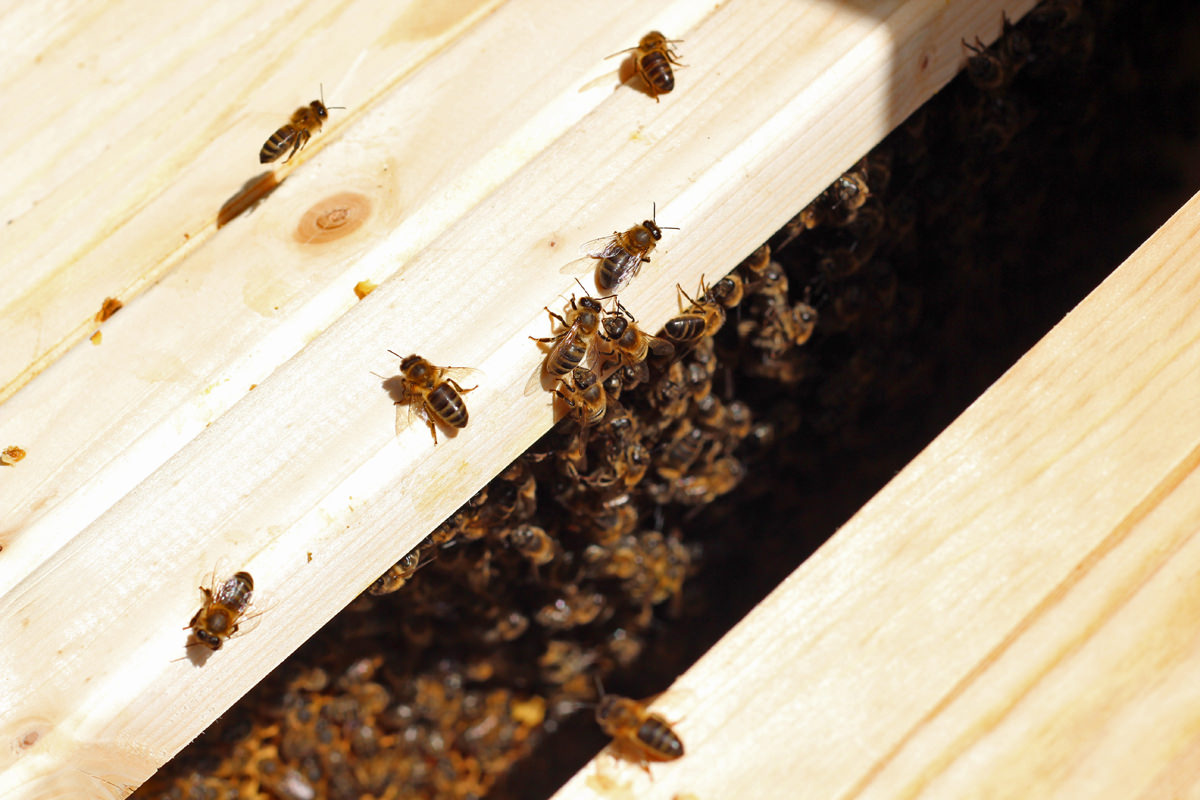 A peek into the top bar hive

To move the bees from the frame hive to the top bar hive I followed this guide by Patrick Sellman. It went very smooth. 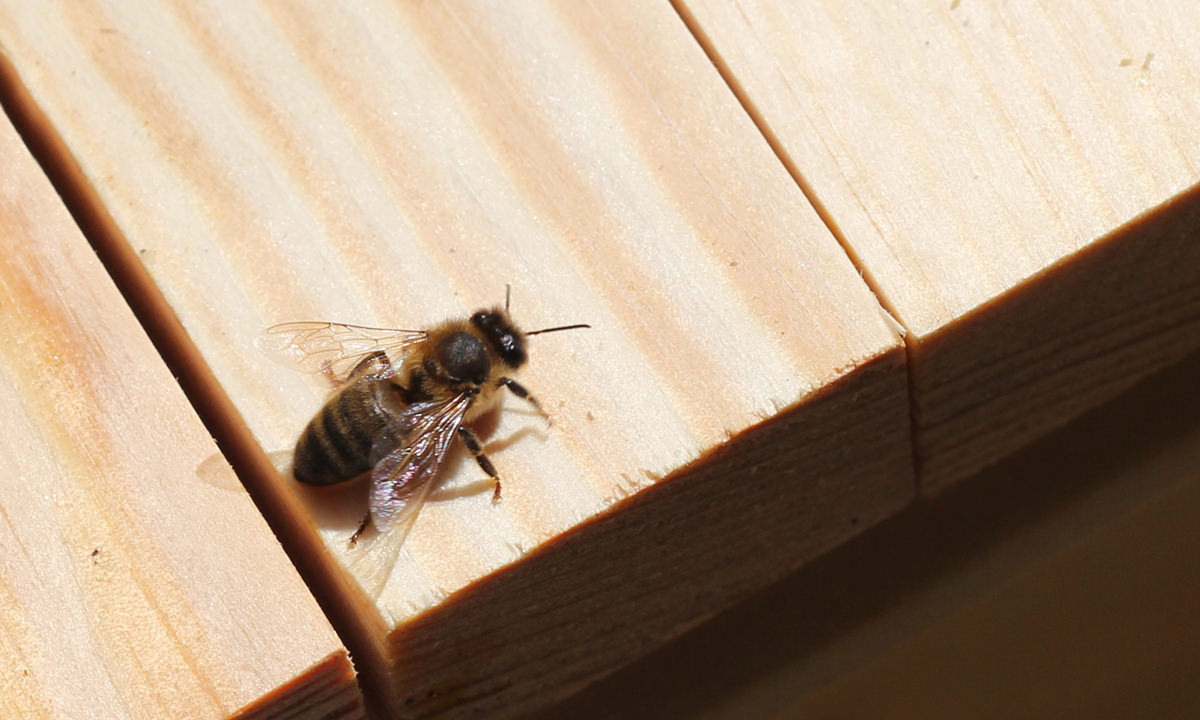 The Nordic bee is our ancient native breed of bees and is adapted to our Nordic climate over thousands of years.

This bee race has longer hair, better winter hardiness, and flies at lower temperatures compared to the southern races.

The last 150 years there has been a massive import of foreign bee races, such as Italian yellow bees, which has supplanted the Nordic bee. The Nordic bee is threatened today – of Sweden’s 125,000 to 150,000 bee colonies only around 1000 to 1200 communities are Nordic bees.

Work is under way to save and preserve the Nordic bee. This important work is carried out by the Nordbi association that I recently became a member of. To me it is a no brainer that native animal breeds that have adapted to the harsh Nordic climate over the millennia should be preserved for future generations. 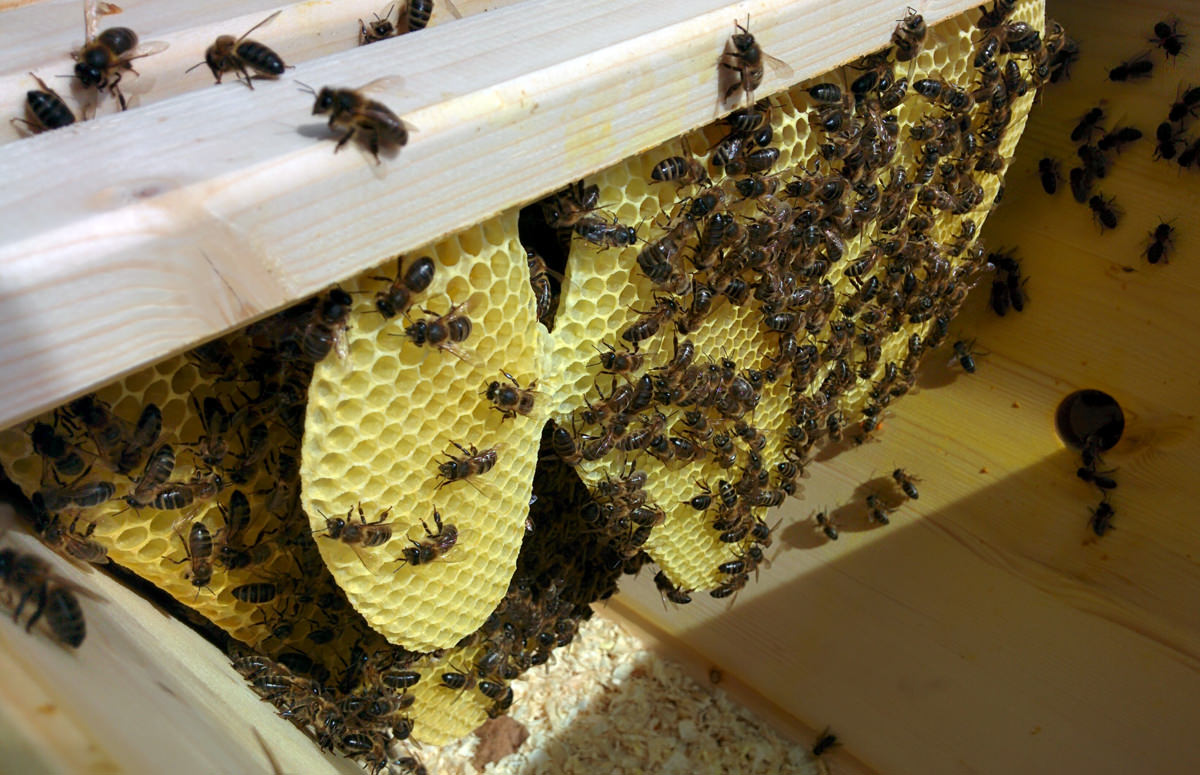 The construction of the honeycombs are in full swing on the new top bars. It’s important to keep track and add new bars as the bees expand, so they don’t feel it gets too crowded. Then they might get the idea that it’s time to swarm and find a new home. 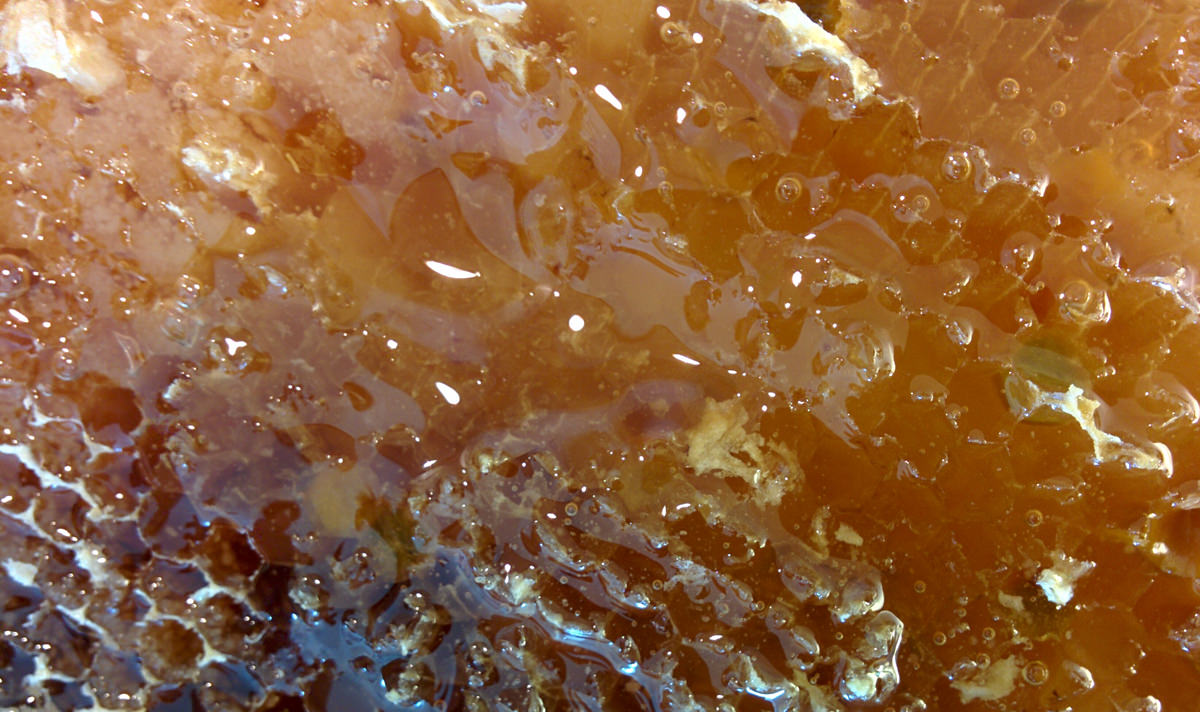 When we moved the bees to the top bar hive we also harvested the very first honeycomb. The bees had good amounts of honey in the other cakes so we felt it was okay to harvest one. I actually think it tastes better just knowing that it is produced on the farm and in the neighboring village where the bees were bought. 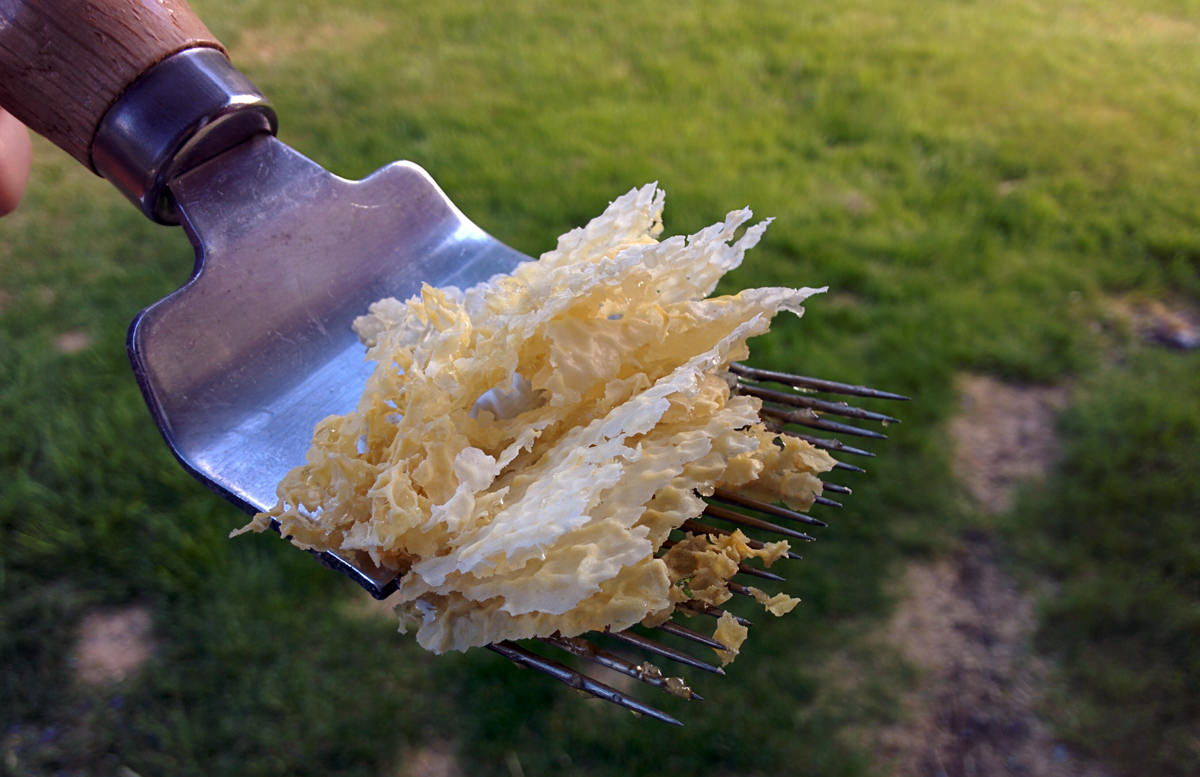 When the honey is ready the bees cover it with wax. The first thing you do when you harvest the honey is to scrape off the wax covering. This wax is extra fine and clean and you usually save it to use in balms and ointments.

Now all I have to do is make sure the bees have enough bars to build on, and let them carry on collecting pollen and nectar. Towards the end of July we’ll likely be able to harvest another honeycomb, but we will leave as much honey as possible for the bees over winter to avoid having to feed them as much supplements.