Yes, it’s true. Biochar – the superb soil amendment I have written about many times before – is now being made out of human feces.

It may not sound like the greatest base material for creating nutrient-rich soil, but thanks to a new invention, it could be exactly what farmers need to keep up with the rising costs of growing healthy crops every year.

University of Colorado researchers, with a grant from the Bill & Melinda Gates Foundation, have developed a solar-powered toilet known as the SolChar toilet. The idea is to help poor farmers in under-developed countries produce more robust crops using waste that usually doesn’t get much positive attention.

According to the World Bank, there are currently 2.5 billion people around the world without access to modern sanitation equipment. Over 700,000 children perish every year as a direct result of food and water contaminated with human waste.

Farmers in many of these countries go to the bathroom outside – often in close proximity to the crops they are working so hard to cultivate. It’s not their fault; there’s simply nowhere else to go when nature calls.

The SolChar toilet could change all that while providing a perfectly safe and useful resource for farmers who often struggle with the increasing costs of cultivating crops including seed, fertilizer and even water suitable for irrigation.

How Does the SolChar Toilet Work?

Eight parabolic mirrors collect sunlight which is then concentrated onto glass rods. What sets the SolChar toilet apart, however, is that these glass rods are connected to fiber-optic cables which feed the concentrated sunlight into a tank full of human waste. 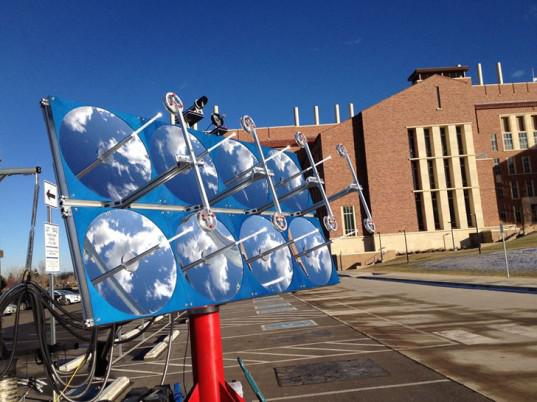 Although others have tried to use the power of the sun to create biochar in the past, the addition of fiber-optic technology is what makes this toilet the most effective solution to date. The use of fiber-optics to channel concentrated sunlight without the energy losses typically experienced with these systems allows the SolChar to reach internal temperatures of 600°F.

Perhaps more importantly, the fiber-optics allow for more flexibility in terms of where the holding tank is located.

Without very much oxygen in the “feces reactor” the result is a completely sanitary form of biochar made using the same pyrolysis reaction that makes conventional biochar from wood cooked in a double chamber kiln. 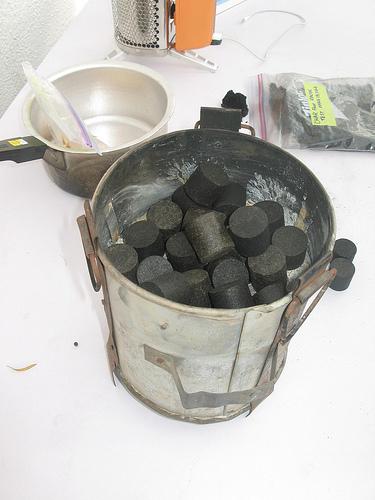 I love this idea because it solves multiple problems with a single solution. Not only does it address the growing concerns of improper sanitation in underdeveloped countries, but it also provides a useful product with nearly unlimited potential.

The biochar created by the SolChar toilet can be used as a soil amendment. If soil is amended to contain 10% biochar, that soil is capable of holding twice as much water and the microscopic holes in the substance are an excellent home for beneficial microbes essential to proper crop development.

Another benefit of using biochar as a soil amendment is that the effects are cumulative. Compost, for instance, needs to be added every year to maintain ideal growing conditions because plants consume the nutrients within the compost.

Biochar, on the other hand, doesn’t break down and overall soil quality improves every year as more and more of it are added to the top soil.

Biochar can also be used as a cooking fuel (it is very similar to charcoal) and can even be used to purify water. Who knows what other uses can be devised for biochar in the future.

This solar toilet separates urine from feces prior to the cooking process. Human urine doesn’t pose the health risks associated with solid waste. In fact, it makes a pretty decent fertilizer as it is full of beneficial nutrients like phosphorous and ammonia.

In the future, the development team behind SolChar hopes to add urine back to the biochar to provide even more fertile soil.

The only obstacle faced by SolChar right now is cost. The Bill & Melinda Gates Foundation requires that the toilet cost no more than 5 cents per person per day. With an estimated production cost of $12,000 right now, SolChar needs to become less expensive before it can really make a difference in the targeted countries.

Here’s the thing: I think SolChar has potential applications everywhere; not just in poor countries overseas.

Think about the last time you went to a concert or a fair and stood in line to use a Port-a-Potty. Wouldn’t these toilets make more sense while providing a useful soil amendment that could be sold to farmers and gardeners as an additional revenue source for the Port-a-Potty rental company?

Even in our own homes (well outside our homes anyway) these toilets have potential. My house, for instance, has an aging septic system that could need a complete replacement in the next decade. Maybe instead of paying thousands of dollars to have the old one dug up and replaced, I just buy a SolChar toilet. It might not be the most comfortable experience in the winter, but free fertilizer and a completely self-sufficient waste disposal method might be worth the inconvenience.

Coupled with a gray water recycling system for water in the home and the solution makes even more sense as an example of sustainability. Not to mention the water savings from ditching the indoor toilet.

And why not? There are still plenty of Americans in Alaska and elsewhere using outhouses in the absence of indoor plumbing.

My point is that as this technology continues to develop it could become a solution for more than just poor farmers in underdeveloped countries. In fact, it could represent the future of sewage management around the world – whether it’s a single toilet or a large scale processing plant leveraging similar technology.