Carbon fiber has long been considered one of those space age materials often reserved for high-end sports cars, the space shuttle and other products out of reach for the average consumer.

Despite the high price tag associated with manufacturing carbon fiber, it is one of the lightest and strongest materials currently manufactured. But what if it wasn’t?

A new product, known as Curran, could be the answer and could make widespread production of a carbon fiber-esque material much more feasible both fiscally and ecologically.

Curran (which is Gaelic for carrot by the way) is a new material made from the extracted cellulose of root vegetables such as carrots, turnips and sugar beets. Cellulose is the structural component of plant cells that gives them rigidity and a couple of scientists (along with a Scottish material manufacturer) have figured out how to cleanly and efficiently extract cellulose and create an entirely new class of organic material that could replace materials such as carbon fiber and glass in the near future.

Carbon fiber is light, but Curran is even lighter; albeit not by very much. That said, Curran is twice as strong as carbon fiber. The current manufacturing process allows Curran to be applied as a coating or formed into sheets but the development team also hopes to create super strong thread from the material in the near future.

Curran was developed by two material scientists – Dr. David Hepworth and Dr. Eric Whale – in conjunction with CelluComp; located near Edinburgh, Scotland. The material marks a significant improvement over traditional materials made from wood and cotton because it can be extracted very efficiently and because it is so strong compared to similar materials. 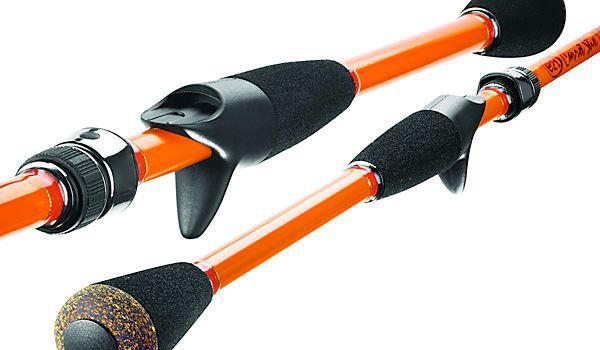 This fishing pole is made from Curran.

Are There Any Drawbacks?

Perhaps the only drawback I foresee is that if this technology were to become mainstream (and based on my research I think it will) we might start to see some of the produce shortages we saw when corn became the main ingredient for ethanol production in the United States.

Case in point: When Drs. Hepworth and Whale first started their experiments they simply went to the grocery store and purchased bundles of carrots. It didn’t take long before stores were actually kicking them out for buying all the carrots. They turned to farmers where they were able to work out a deal to purchase “Grade B” carrots – the ones not fit for sale in a grocery store.

Typically, these lower quality carrots are either discarded or turned into animal feed so, at least for now, the scientists were able to circumvent a supply issue.

But it’s easy to see how this could impact the carrot supply in the U.S. as more companies adopt this technology for their own manufacturing endeavors.

Other root vegetables can also be used. In fact, CelluComp is currently looking into switching to sugar beets as these are much more readily available and represent a potentially smaller impact on our food supply.

Why We Should Care

There are a couple of reasons why I chose to write about Curran. First, it represents a truly sustainable way to make space age materials without the harsh chemicals and expenses typically associated with carbon fiber.

I wouldn’t be surprised if Curran becomes an option when selecting material for a 3D printer in the near future. If the company is as close to making thread out of Curran as they say, we could see spools of Curran available for sale in no time at all. Imagine being able to make 3D objects out of a material stronger than carbon fiber at only a fraction of the cost?

The possibilities are endless…

Second, I mentioned how mainstream acceptance of Curran could lead to shortages of carrots and other root vegetables in the future. As shortages become more prevalent, the price of carrots, turnips and sugar beets could skyrocket.

This is bad for us if we are still buying these items from the grocery store, but it represents a tremendous opportunity for additional income if we devote a little extra space to these vegetables in our own gardens.

According to the USDA, raw carrots are currently one of the least expensive vegetables at only $0.77 per pound for non-organic varieties. What if that number suddenly doubled or even tripled?

Now factor in the fact that you are (hopefully) producing organic vegetables at home and it’s reasonable to assume you could easily get $5 per pound or more for carrots in the future.

Either that or be stuck spending $5 per pound at the store.

Curran has the potential to become a big deal in the next couple years. We should be proactive and plan for the price increases that are likely to occur while looking forward to some of the new innovations this technology could represent.