It’s no secret that the United States government has already made drones an integral part of current military strategy. Not too long ago, I wrote an article about small-scale drones suitable for farmers wanting more control of crops with less work.

At that time, there were a few companies experimenting with purpose-built farming drones equipped with special infrared sensors and other tools specifically designed with small- to medium-sized farms in mind.

While that research continues – despite being hindered by legal issues – some farmers are taking drones into their own hands using readily-available equipment that costs a lot less than you might think.

Drones designed specifically for commercial farming operations currently cost $20,000 or more; a figure well outside the budget of smaller farms. Even if a farm can afford the expense, the FAA is still working to create legislation that addresses the issues associated with drones flying throughout rural America.

One crop consultant and farmer, Marc Burggraff, has found an alternative that works just as well, does not violate any current FAA legislation and costs less than $1,500.

Burggraff uses a commercially-available Unmanned Aerial Vehicle (UAV) called the Phantom 2 Vision +, manufactured by DJI. DJI offers an entire lineup of Phantom drones starting at $499, but the Phantom 2 Vision + is slightly more expensive at $1,299 but includes everything needed to start farming in the 21st century right now.

Notable features of the Phantom 2 Vision + include:

The only item not included with the Phantom 2 Vision + is the smartphone required to see flight data in real-time and “see” what the onboard camera sees during flight. Assuming a used smartphone costs approximately $300 (if you don’t have one already), this drone is ready to go for around $1,500 – way less than the $20,000 or more current agriculture-specific drones are going for. 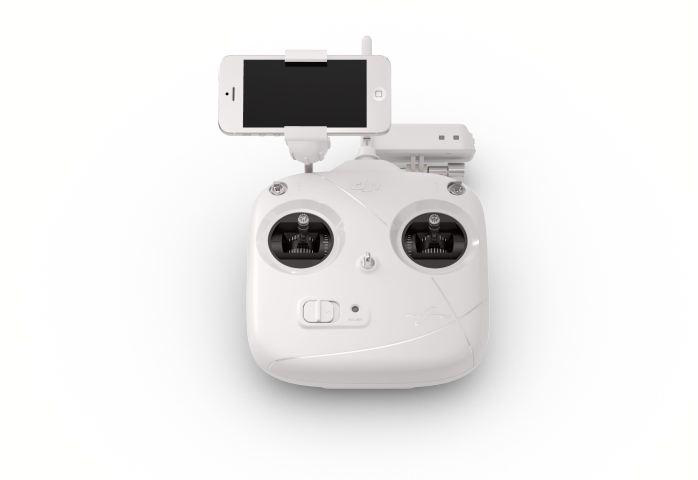 Even with no previous flight experience, these drones are easy to use. Automatic stabilization allows the UAV to hover without input from the pilot. The newest version of the Phantom even comes preprogrammed to avoid “No Fly Zones” such as areas near airports or other potential hazardous sites.

If you still aren’t convinced that drones can help farmers to better monitor crop production, check out this video of Burggraff flying over his own corn fields.

Notice how quickly the pilot is able to cover the entire field…imagine how much longer that would have taken on a tractor or ATV? Not to mention the fuel required to operate these machines while monitoring crop health.

At this price point, it’s easy to surmise reaching the breakeven point within one planting season.

With the high-resolution camera equipped on this drone, a farmer could see areas suffering from lack of water and even pest damage. Remember that the drone can fly high for a good overview of crop health or much lower to zoom in on suspected problem areas quickly and easily.

Using the included iPhone app, the pilot has complete control of the camera angle and image quality and all photo and video is easily saved for closer review after the drone has landed.

This drone (and others like it) were originally designed for HD video shots like you might find at a sporting event. The fact that some farmers are forward-thinking enough to use this technology as a way to improve annual harvests without waiting for the FAA to decide how drones can be regulated in a commercial agriculture setting is exciting.

Some of the other sensors being developed for drone use (such as thermal and multi-spectral) should hook up to this UAV as well; making it useful for more than just visual identification of problem areas. 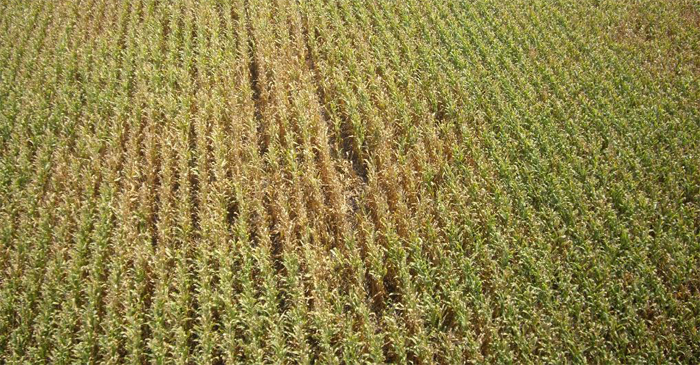 My hope is that as more farmers adopt technology like this, manufacturers like DJI will notice the need for specialized applications that better meet the needs of an agricultural industry desperately wanting to leverage emerging technologies.

As optics continue to improve, farmers will be able to identify individual plants from the air and possibly even specific insect species without ever stepping foot on the plot. Time, money and resources are all saved in this case – benefits Marc Burggraff is already realizing.

In the meantime, $1,299 is hardly expensive considering that a GoPro camera alone costs over $400 and that doesn’t even include the gimbal-stabilized mounting hardware.

Although my garden isn’t nearly big enough to justify buying one of these, for many of us it represents a unique way to use technology as a way to further our sustainability efforts without breaking the bank and on a larger scale, it allows commercial farmers to create more efficient solutions that ultimately save us all money at the grocery store.